On December 12, 2019, the United States Court of Appeals for the Sixth Circuit (the “Sixth Circuit”) issued a long awaited decision in the dispute between FirstEnergy Solutions Corp. (FirstEnergy), the Federal Energy Regulatory Commission (FERC), and certain power purchase contract counterparties, including the Ohio Valley Electric Corporation.1 The decision helps clarify a murky area of jurisprudence and has significant implications for restructurings in the electric power sector. The crux of the issue is the bankruptcy court’s jurisdiction under the Bankruptcy Code to authorize a debtor’s rejection of FERC-governed power purchase agreements (PPAs) on the one hand and the jurisdiction of FERC under the Federal Power Act (FPA) over rates, terms, and conditions of PPAs incorporating “filed rates” on the other hand.

FERC and the Bankruptcy Code

Section 365 of Chapter 11 of the United States Bankruptcy Code provides a debtor a powerful tool. Through rejection, a debtor can escape future contract obligations, leaving counterparties with unsecured claims in the bankruptcy case. PPAs are “executory contracts” that generally may be rejected in bankruptcy.

However, under Sections 205 and 206 of the FPA, FERC has exclusive jurisdiction over the rates, terms, and conditions of contracts for sale of electric energy at wholesale interstate commerce. Contracts for such sales, such as PPAs, must be filed with FERC, and the rates, terms, and conditions of such contracts must be “just and reasonable.” Under judicial precedent known as the “filed rate doctrine,” PPAs on file with FERC are the equivalent of Federal regulations, and no party to such a contract may amend the rates, terms, or conditions, or terminate the contract, without making a filing with FERC and obtaining FERC authorization.2 In cases involving a unilateral effort by a party to amend or terminate a PPA that was previously mutually agreed upon by a seller and a purchaser, FERC typically applies (under a precedent known as the “Mobile-Sierra” doctrine) a “public interest standard” in determining whether such amendment or termination is “just and reasonable.” The “public interest” standard is more difficult to satisfy than the ordinary “just and reasonable” standard.3

As a result of the overlapping jurisdiction under the Bankruptcy Code and the FPA related to PPAs, there is tension between FERC and bankruptcy courts regarding jurisdiction over the rejection of PPAs. Courts are increasingly addressing this issue. Earlier this year, a decision was issued by the United States Bankruptcy Court in San Francisco in the Pacific Gas & Electric (PG&E) bankruptcy case. That decision held that FERC has no “concurrent jurisdiction” over determining whether PG&E can reject PPAs under which it purchases electric energy and that PG&E did not need approval from FERC to reject these PPAs.

The Sixth Circuit affirmed in part and reversed in part a previous bankruptcy court decision that asserted its primacy over FERC in determining whether to allow FirstEnergy to reject certain FERC-jurisdictional PPAs under which FirstEnergy purchases electric energy. The Sixth Circuit held that “the public necessity of available and functional bankruptcy relief is generally superior to the necessity of FERC’s having complete or exclusive authority to regulate energy contracts . . .[, which] means that . . . the PPAs are not de jure regulations but, rather, ordinary contracts susceptible to rejection in bankruptcy.” Although the court found that there is a public interest in both “necessities” under the Bankruptcy Code and the FPA, it concluded that the bankruptcy court’s jurisdiction—while not exclusive—is concurrent with and is primary or superior to FERC’s jurisdiction. Accordingly, the court found that FirstEnergy “can reject the contracts subject to proper bankruptcy court approval and FERC cannot independently prevent it.”

Comparison to Prior Court Decisions

Additionally, Mirant also contemplated, in dicta, the appropriate standard for rejection of FERC-governed PPAs, which was a key issue in FirstEnergy—should the debtor-friendly “business judgment” standard or a more rigorous standard apply for rejection? The FirstEnergy court concluded that an “adjusted standard” best accommodates the concurrent jurisdiction between—and separate interests of—the Bankruptcy Code and the FPA. Here, the Sixth Circuit examined the conclusion in Mirant that a business judgment standard alone would be “‘inappropriate … because it would not account for the public interest inherent in the transmission of sale and electricity.’” The Mirant court suggested a “‘more rigorous’” standard be applied to PPA rejections and further stated that a court should “‘carefully scrutinize the impact of rejection’” on the public interest to ensure that no disruption in the supply of electricity would occur. Moreover, the Mirant court stated that FERC would be able to assist the bankruptcy court in balancing these equities. In applying the Mirant court’s directive, the Sixth Circuit asserted that, while the facts in FirstEnergy “appear to present” a limited public impact from FirstEnergy’s rejection of the PPAs, “other cases on different facts could create a significant public impact,” such that it could be in the public interest to compel a debtor to assume a financially burdensome contract as part of its restructuring. On the other hand, the Sixth Circuit noted that it is “not impossible” that in the instance a contract is “so overwhelming” that it would cause the debtor to be insolvent to assume it, “FERC or a bankruptcy court could conclude that liquidation might better serve a serious public interest by allowing market competition or adjustment by others.”

The Sixth Circuit’s decision determining that the bankruptcy court and FERC have concurrent jurisdiction and requiring the bankruptcy court to apply a heightened rejection standard means that debtors filing for chapter 11 in a jurisdiction within the Sixth Circuit—similar to those in the Fifth Circuit—may now face more hurdles in seeking to reject PPAs. However, these hurdles are not as high as the full FERC jurisdiction over rejection that the PPA counterparties were seeking. This decision further strengthened the general result of Mirant—which was the only Appellate Court decision prior to this case—in a manner that provides some, but limited, relief to PPA counterparties that seek to hold debtors to a higher standard when attempting to reject PPAs. The next chapter in this saga may be addressed by the Ninth Circuit, which is considering an appeal of the aforementioned PG&E decision. The outcome of this appeal may help to further strengthen the results of Mirant and FirstEnergy or it may create a more significant split between the Circuits.

1 A copy of this decision may be found here. 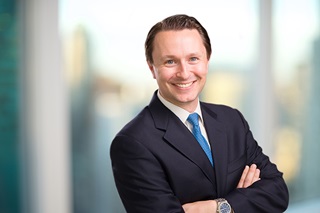 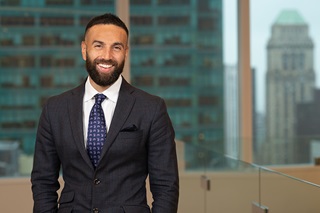