Ruling that foreign corporations cannot be sued for violations of international human rights law, a fractured majority of the Supreme Court has again limited the scope of the controversial Alien Tort Statute (ATS). In Jesner v. Arab Bank, PLC, No. 16-499 (Apr. 24, 2018), the Supreme Court urged caution in expanding causes of action under the ATS, signaling that this obscure 1789 statute may be in decline as a tool to vindicate violations of international law in federal courts. The Justices left undecided, however, whether U.S. corporations could be sued under the ATS.

Included in the 1789 enactment that organized the federal judicial system, the ATS granted to federal district courts to hear civil actions by aliens for torts committed in violation of the law of nations. The statute supplies jurisdiction only and does not set forth a list of claims that can and cannot be brought under international law. At the time, the scope of private rights under international law was very bare. For almost 200 years, the statute was not invoked in litigation, and by the time a successful ATS suit was brought in the 1970s, the scope of international human rights law had expanded, especially following the Nuremberg trials after World War II and myriad human rights treaties thereafter. Filartiga v. Pena-Irala, 630 F.2d 876 (1980).

The Supreme Court has decided cases under the ATS twice before; first recognizing and then limiting the statute’s scope. In 2004, the Supreme Court decided that federal courts could recognize new, enforceable international law norms in ATS lawsuits as a matter of developing federal common law, “subject to vigilant doorkeeping” in light of the separation-of-powers and foreign-relations concerns such suits may raise. Sosa v. Alvarez-Machain, 542 U.S. 692, 716 (2004). Seven years later, the Court held that the general presumption against extraterritoriality applied to the ATS and that only claims that touch and concern the territory of the United States with sufficient force to displace that presumption could be heard under the ATS. Kiobel v. Royal Dutch Petroleum Co., 565 U.S. 961 (2011). In that case, the Supreme Court initially granted certiorari to consider whether the ATS allows for corporate liability, but ultimately ordered reargument and decided on the issue of extraterritoriality. O’Melveny participated in Kiobel through a prominent amicus brief on behalf of multiple clients advocating against corporate liability in the ATS and through a certiorari petition in a parallel case presenting extraterritoriality concerns before the Court ordered reargument on that issue in Kiobel; in each of these cases, O’Melveny secured complete dismissals on behalf of its clients.

In Jesner, plaintiffs or their relatives were injured in terrorist acts committed abroad and allege that a Jordanian bank, Arab Bank, PLC, permitted the transfer of funds to terrorist groups in the Middle East, which funds facilitated acts of terrorism. Many of these transactions were alleged to have occurred at Arab Bank’s New York branch. The U.S. Court of Appeals for the Second Circuit did not consider whether the suit met Kiobel’s extraterritoriality test, instead applying existing circuit precedent that the ATS extended liability only to natural persons and not corporations. In re Arab Bank, PLC Alien Tort Statute Litigation, 808 F. 3d 144 (2015). The Supreme Court granted certiorari in 2017 to consider that question. O’Melveny represented a group of prominent amici led by the U.S. Chamber of Commerce in support of the Second Circuit’s judgment.

In affirming the Second Circuit, the majority fractured, issuing multiple opinions and leaving certain key questions unanswered. The holding agreed to by five Justices is to preclude ATS suits against foreign corporations. The reasoning, however, split across the Justices.

In the portion of his opinion joined by five Justices, Justice Kennedy presented two reasons to decline to extend the ATS to liability of foreign corporations. First, Justice Kennedy expressed the Court’s general reluctance to extend judicially created private rights of action. Looking to the closest analogous statute for guidance, the Torture Victim Protection Act (TVPA), Justice Kennedy noted that statute does not provide for corporate liability, and furthermore that it is not clear that corporate liability is essential to serve the goals of the ATS. The second reasoning agreed to by all five Justices in the majority is that while the ATS was intended to promote harmony in international relations, suits against foreign corporate defendants were instead creating disharmony between the U.S. and foreign countries in which those corporations are domiciled.

In a portion of his opinion joined only by Chief Justice Roberts and Justice Thomas, Justice Kennedy canvassed sources of international law and concluded that the international community’s decision to limit the authority of various international tribunals, from Nuremberg to the International Criminal Court, to natural persons counseled against recognizing corporate liability as a norm of international law that should be vindicated by the ATS. Three Justices wrote separately, expressing broader separation-of-powers and other concerns, questioning whether Sosa itself was correctly decided and consequently whether the ATS is a proper vehicle for adjudicating modern international law.

Lower courts will decide Jesner’s applicability to domestic corporations. There are reasons to believe that courts will find the ATS does not extend to corporate liability. First, five Justices joined the portion of Justice Kennedy’s opinion in which he looks to the TVPA as a closely analogous statute, and that Act does not permit liability for foreign or domestic corporations. Second, although Justices Alito and Gorsuch did not join the portion of Justice Kennedy’s opinion where he declines to find an international law principle of corporate liability, those two Justices suggested that they would overrule Sosa in its entirety and hold that the ATS does not extend to modern international human rights law. Although there is a risk and expert framing of the issue to lower courts will be preferred, there is a path outlined in Jesner to limiting the ATS to liability of natural persons.

Finally, plaintiffs’ counsel who operate in the field of international human rights will continue to be creative in bringing suits, using more clear statutory grants such as the TVPA or the Anti-Terrorism Act (ATA) and naming corporate officers and directors as defendants rather than corporate entities. Furthermore, it has been suggested that as the ATS’s jurisdictional grant is limited by the Supreme Court and lower courts, this may provide more room for state courts and legislatures to create causes of action that vindicate rights under international law, though such suits may also be removable to federal court on other grounds where the same sensitivities to separation-of-powers and foreign-relations concerns may limit the availability of such suits. O’Melveny has successfully litigated these kinds of suits—naming officers or directors, invoking the TVPA and the ATA, and raising human-rights issues using state law—in numerous instances. 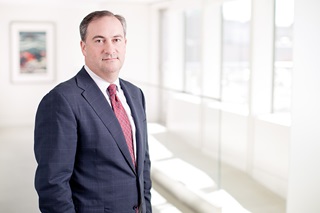