Congress enacted PASPA in 1990. At bottom, the law prohibited states and individuals from sanctioning sports gambling. 28 U.S.C. § 3702.  But rather than banning sports betting outright, Congress made it unlawful for any “government entity” or “person” to “sponsor, operate, advertise, promote, license, or authorize by law” any “lottery, sweepstakes, or other betting, gambling, or wagering scheme based . . . on one or more competitive games in which amateur or professional athletes participate[.]” § 3702(a)(1)–(2). As a result, while PASPA did not itself directly outlaw sports gambling, it prohibited states from taking any action to legalize sports betting at a time when only four states allowed any form of wagering on sports at all.1

A little more than 20 years after PASPA’s enactment, New Jersey became the first state to test PASPA’s prohibition on legalization. In 2012, shortly after New Jersey voters passed an amendment to the state constitution allowing the state legislature to legalize sports betting, the state legislature enacted a law that allowed New Jersey to license sports gambling at racetracks and casinos (with some limitations) (the “2012 Law”). Id.

Shortly after the 2012 Law was enacted, professional sports leagues and the NCAA filed suit in New Jersey federal court arguing that the law was preempted by PASPA. Id. New Jersey argued, in response, that PASPA is unconstitutional: PASPA violates the Tenth Amendment’s prohibition on federal action commandeering the states. Id. The district court granted summary judgment for the leagues and NCAA, id., and the Third Circuit affirmed. The Third Circuit held “under PASPA, on the one hand, a state may repeal its sports wagering ban, a move that will result in the expenditure of no resources or effort by any official. On the other hand, a state may choose to keep a complete ban on sports gambling, but it is left up to each state to decide how much of a law enforcement priority it wants to make of sports gambling, or what the exact contours of the prohibition will be.” Id. at 233.

In 2014, on the basis of the Third Circuit’s statement that a state could “repeal its sports wagering ban” without running afoul of PASPA, id., New Jersey attempted to do just that. The 2014 maneuver fully repealed the 2012 law and also partially repealed New Jersey’s ban on sports gambling. See Nat'l Collegiate Athletic Ass'n v. Governor of New Jersey, 832 F.3d 389, 394 (3d Cir. 2016) (en banc) (Christie II). The leagues and NCAA again filed suit in the District of New Jersey, seeking this time to enjoin the repeal. The court granted the injunction, and the Third Circuit again affirmed before deciding to rehear the case en banc. Id. The en banc court in Christie II also affirmed, holding again that PASPA does not violate the Tenth Amendment’s anticommandeering principles, id. at 398–402, and that New Jersey’s partial repeal of its prohibition on sports gambling still ran afoul of PASPA. Id. at 395–98.

Christie II first held that New Jersey’s repeal was an “authorization” of sports gambling, thereby violating § 3702(a)(1) of PASPA. Id. at 396. The court struck from Christie I, as dicta, its discussion of whether “repeal and authorization are interchangeable,” id. at 401, and held conclusively that a repeal is indeed an authorization. The court reasoned that the at-issue New Jersey partial repeal was effectively an authorization dressed as a repeal and that “not all partial repeals are created equal.” Id. at 402.  Further, Christie II held that even PASPA’s prohibition on repealing laws prohibiting sports gambling does not commandeer the states. Id. at 401–02. Because PASPA does not “present states with a coercive choice to adopt a federal program” and does not “require states to take any action,” id. at 402, it is not unconstitutional, the court held. Once again, New Jersey petitioned for certiorari; this time, however, the Supreme Court granted review.

Justice Alito, writing for a 7-2 majority, reversed the Third Circuit and held that PASPA violated the Tenth Amendment. The Court’s analysis began by determining exactly what conduct PASPA regulates by prohibiting states from “authorizing” sports gambling. (Slip op. at 9.) According to Petitioners, to “authorize” sports gambling meant to permit gambling. (Id. at 10.) Respondents, as well as the Government as amicus, argued instead that authorize had a narrower meaning, only reaching conduct that would “empower” or “give a right or authority to act.” (Id. at 10–11.) According to Respondents, their construction would not ban all modifications of laws against sports gambling, instead reaching only those laws that lend the State’s imprimatur to some “preferred” forms of gambling or gambling providers. (Id.) The Court agreed with Petitioners, holding that “[w]hen a State completely or partially repeals old laws banning sports gambling, it ‘authorizes’ that activity.” (Id. at 11.) In so doing, the Court therefore determined that on its face, PASPA prohibited any “complete[] or partial[]” repeals of state laws banning sports gambling. (Id. at 11–12.)

Having interpreted PASPA as foreclosing states from repealing in any way their  bans on sports gambling, the Court next summarized its anticommandeering caselaw (id. at 14–18) before turning to the question of whether PASPA violated the anticommandeering principles of the Tenth Amendment. (Id. at 18–21.) The Court held that PASPA “violates the anticommandeering rule” because it “unequivocally dictates what a state legislature may and may not do.” (Id. at 18.) Brushing aside as “empty” Respondents’ contention that PASPA merely told states “what they must not do” rather than “what they must do” (id. at 18–19), the Court analogized PASPA to Congressional action that “ordered States with legalized sports betting to take the affirmative step of criminalizing that activity and ordered the remaining States to retain their laws prohibiting sports betting.” (Id. at 19.)

Turning next to Respondents’ argument that PASPA is a valid preemption provision, the Court cautioned that the Supremacy Clause is “not an independent grant of legislative powers to Congress” and therefore PASPA cannot exceed the limitations on Congressional power, including those embodied within the Tenth Amendment. (Id. at 21.) As such, the Court held that there is “simply no way to understand the provision prohibiting state authorization as anything other than a direct command to the states. And that is exactly what the anticommandeering rule does not allow.” (Id. at 24.)

Finally, the Court determined that PASPA’s other provisions, including its anti-licensing provision, did not alternatively preclude New Jersey’s repeal of its prohibition on sports gambling because the licensing provision similarly violates anticommandeering. Further, the Court held that PASPA’s provisions aside from the authorization provision are not severable from the rest of PASPA and therefore cannot serve as a basis for challenging the New Jersey statute. (Id. at 25–30.) The distinction between the various prohibitions embodied by PASPA is “too uncertain” to distinguish between them for the purposes of severability, the Court held. (Id. at 27.) Moreover, the Court observed that severing one or some of PASPA’s prohibitions from the others would contravene Congress’s purpose in enacting the statute in the first instance; the provisions were “obviously meant to work together . . . . If Congress had known that the latter provisions would fall, we do not think it would have wanted the former to stand alone.” (Id. at 28.)

PASPA’s invalidation will have a widespread effect on the sports industry nationwide. While the challenge was brought by New Jersey in response to the State’s attempt to repeal its own prohibition on sports gambling, the Supreme Court has now cleared a path for any state to legalize sports gambling as it sees fit. In the weeks leading up to the repeal, a handful of states, including Connecticut, Mississippi, New York, Pennsylvania, and West Virginia, have all already enacted laws legalizing or setting the table for legalizing sports gambling. And while New Jersey’s repeal of its ban on sports gambling can now take effect, the state legislature there is still working on finalizing legislation to regulate and implement its legalization of sports gambling.

It is difficult to predict exactly what comes next for sports gambling because there are so many variables. As the Court observed in its decision, “Congress can regulate sports gambling directly, but if it elects not to do so, each State is free to act on its own.” (Id. at 31.) As such, of the key developments to watch will be whether and to what extent Congress has an appetite to weigh into the sports gambling fray. In the meantime, handicappers could make a lot of money not only betting on sports but also betting how betting on sports will progress in the coming weeks and months.

1 Thanks to a grandfather clause for states that already allowed sports betting, some states, most notably Nevada, were exempted from PASPA’s prohibition.  See 28 U.S.C. § 3704(a)(1). 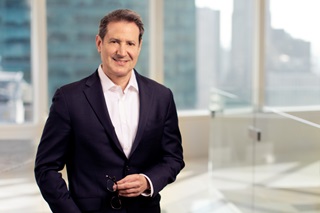 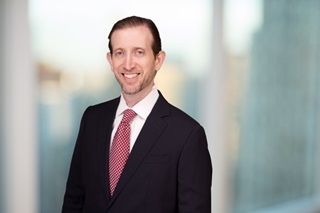 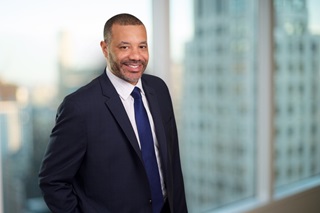