In a recent significant opinion, Judge Marvin Isgur of the US Bankruptcy Court for the Southern District of Texas held that a springing lien to senior noteholders, conditioned on the amount of iHeart notes outstanding, was not triggered where an iHeart subsidiary repurchased notes and left them outstanding past maturity.1 The Court rejected various creditor arguments that the notes were canceled as a matter of law, or that actions to avoid the springing lien entitled creditors to equitable remedies. This ruling had secondary results, as another group of creditors argued that the springing lien would have entitled them to an equal and ratable lien. The complicated interlocking debt structures now common in bankruptcy increasingly create these “billiard ball” interactions between different tranches of debt.

The decision not only resolved a key issue blocking confirmation of iHeart’s bankruptcy plan, but endorsed careful maneuvers by a corporation to thread between express provisions of indentures when necessary to preserve value and avoid a freefall bankruptcy. Issuers and holders are reminded to focus carefully on the express terms of indentures and not rely on broad but unstated expectations, intents or equitable doctrines.

In 2008, iHeart was acquired by two private equity firms in a leveraged buyout. In connection with this transaction, iHeart issued a series of senior debt, including certain term loans and priority guaranteed notes (collectively, the “Senior Notes”). The Senior Notes provide for a springing lien over the restricted iHeart assets if the balance of outstanding Legacy Notes fell below $500 million.

Following the leveraged buyout, the recession hit, and iHeart’s debt traded at a steep discount. In response, iHeart formed an indirect subsidiary to purchase approximately $57 million of the Legacy Notes. iHeart then split one series of Legacy Notes into two classes: $193 million that was paid and retired at maturity and $57 million that was retained by another iHeart subsidiary. iHeart obtained a new CUSIP and continued to accrue and pay interest on the retained notes.

A gating issue to iHeart’s proposed plan of reorganization was whether the springing lien was triggered. To complicate matters, the Senior Noteholders had signed on to iHeart’s plan, and for purposes of the plan, agreed that no lien in their favor had been triggered, but in a separate adversary proceeding argued the contrary. The Legacy Noteholders had a simpler position; the Senior Note’s springing lien was triggered, and as a result, the Legacy Noteholders were entitled to an equal and ratable lien.

In a significant victory for iHeart, Judge Isgur determined that the notes purchased by iHeart’s subsidiary remained outstanding, that the springing lien under the Senior Notes was not triggered and, as no new lien arose, the equal and ratable clause in the Legacy Notes was not breached.

As a threshold matter, the Court rejected the Legacy Noteholders’ argument that, as a matter of law, “once iHeart repurchased the same debt it previously issued, that debt was extinguished upon maturity.” The Court determined that the Legacy Notes were not acquired by iHeart, but by a separate bona fide entity, and thus the rule that debt is extinguished when the owner acquires it is inapplicable. The Court also concluded that, as a matter of contract interpretation, the Legacy Notes remained outstanding under the Legacy Indenture, which includes only three exceptions to the definition of “outstanding” for (i) cancelled notes, (ii) notes for which payment was made, and (iii) notes exchanged due to loss, mutilation, or theft. None of these exceptions applied and, from the Court’s perspective, there was no other prohibition on iHeart holding the 2016 Legacy Notes past maturity.

The Court also rejected a flurry of other theories advanced by the Legacy Noteholders and the Senior Noteholders:

During the evidentiary hearing, Judge Isgur predicted that no matter how he ruled, appeal would follow. In the end, the Court’s decision had the opposite effect—instead of prolonging the dispute, just two days after the decision was rendered, iHeart reached an agreement in principle with the Legacy Noteholders, and shortly after, the plan was confirmed. Judge Isgur’s ruling should provide comfort to managers consciously threading their way through express terms of indentures, and give pause to creditors relying on broad unstated expectations. Careful drafting will continue to matter.

This memorandum is a summary for general information and discussion only and may be considered an advertisement for certain purposes. It is not a full analysis of the matters presented, may not be relied upon as legal advice, and does not purport to represent the views of our clients or the Firm. Evan Jones, an O’Melveny partner licensed to practice law in California and the District of Columbia, and Matthew Kremer, an O’Melveny counsel licensed to practice law in New York, contributed to the content of this newsletter. The views expressed in this newsletter are the views of the authors except as otherwise noted. 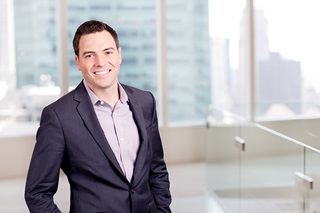