The Trump administration announced two new actions targeting China, continuing an effort to cement its assertive national security policy toward China prior to the end of its term.

On December 17, 2020, the U.S. Secretary of Energy issued an order prohibiting utilities that supply critical defense facilities from procuring or installing certain bulk-power system electric equipment manufactured in or supplied from China. The Prohibition Order is a partial implementation of President Trump’s May 1, 2020, Executive Order on Securing the United States Bulk-Power System.

Then, on December 18, 2020, the U.S. Department of Commerce’s Bureau of Industry and Security (BIS) restricted the export of U.S. goods and technology to 77 mostly Chinese entities by adding them to the Entity List for actions deemed contrary to U.S. national security or foreign policy interests. The added entities include the Semiconductor Manufacturing International Corporation (SMIC), China’s largest semiconductor manufacturer, and ten of its affiliates, as well as “entities in China that enable human rights abuses, entities that supported the militarization and unlawful maritime claims in the South China Sea, entities that acquired U.S.-origin items in support of the People’s Liberation Army’s programs, and entities and persons that engaged in the theft of U.S. trade secrets.”

These actions also follow President Trump’s post-election Executive Order prohibiting U.S. investments in companies with ties to the Chinese military. It is likely the administration will continue to take similar steps over the next month as President Trump attempts to cement his China policy before leaving office.

In May 2020, President Trump issued an Executive Order imposing national security-driven restrictions on the foreign supply of electric equipment for U.S. bulk-power systems and empowering the Secretary of Energy, in coordination with other government officials, to prohibit transactions initiated after May 1, 2020, related to any bulk-power system electric equipment involving a foreign adversary where the Secretary of Energy determines the transaction poses an undue risk of sabotage or subversion of the bulk-power system, catastrophic effects to U.S. critical infrastructure, or U.S. national security. The Executive Order required the Secretary of Energy to publish implementing regulations by September 28, but the regulatory process is ongoing and no rules have been published to date.

On December 17, in what appears to be an effort to partially implement the Executive Order prior to the end of the Trump Administration, Secretary of Energy Dan Brouillette issued a prohibition order “designed to reduce the risks that entities associated with the People’s Republic of China pose to the Nation’s bulk-power system (BPS).” Effective January 16, 2021, the order prohibits electric utilities that own or operate Defense Critical Electric Infrastructure (DCEI) that actively serves a Critical Defense Facility (CDF) (Responsible Utility) from acquiring, importing, transferring, or installing certain BPS electric equipment that (i) has been manufactured or supplied by persons owned by, controlled by, or subject to the jurisdiction or direction of the PRC, and (ii) is for use by the Responsible Utility as a component of its DCEI serving the CDF at a service voltage level of 69 thousand volts (kV) or higher, from the point of electrical interconnection (at a service voltage level of 69 kV of higher) with the CDF up to and including the next “upstream” transmission substation.

The BPS equipment within scope of the order is:

The Entity List is a list of persons—including businesses, research institutions, government and private organizations, and individuals—that are subject to licensing requirements for the export, re-export, and/or transfer (in-country) of certain items subject to U.S. jurisdiction. The Trump Administration, in particular, has used the Entity List as a tool to restrict access to U.S. technology, most notably in the case of Huawei.

On December 18, 2020, BIS added 77 entities to the Entity List, mostly but not exclusively from China, for actions contrary to U.S. foreign policy and national security. Chief among the added entities is SMIC, China’s largest semiconductor manufacturer, which was designated because of “evidence of activities between SMIC and entities of concern in the Chinese military industrial complex.” In a statement regarding SMIC’s designation, U.S. Commerce Secretary Wilbur Ross said, “We will not allow advanced U.S. technology to help build the military of an increasingly belligerent adversary. Between SMIC’s relationships of concern with the military industrial complex, China’s aggressive application of military civil fusion mandates and state-directed subsidies, SMIC perfectly illustrates the risks of China’s leverage of U.S. technology to support its military modernization,” and the “Entity List restrictions are a necessary measure to ensure that China, through its national champion SMIC, is not able to leverage U.S. technologies to enable indigenous advanced technology levels to support its destabilizing military activities.”

As a result of its addition to the Entity List, exports to SMIC and ten of its affiliates of all items, including goods, software, and technology, subject to U.S. jurisdiction will require a license. Items uniquely required for the production of semiconductors at ten nanometers or below will be subject to a presumption of denial policy; all other licenses will be assessed on a case-by-case basis.

In addition to SMIC and its affiliates, the Entity List additions include: (1) Chinese entities that “have enabled wide-scale human rights abuses within China through abusive genetic collection and analysis or high-technology surveillance; (2) entities involved in China’s efforts to assert unlawful maritime claims in the South China Sea; (3) entities involved in efforts to acquire U.S.-origin items in support of programs for China’s People’s Liberation Army; and (4) entities involved in stealing U.S. trade secrets.”

The Trump administration’s actions require U.S. utility providers to take stock of the source of their bulk power equipment both to ensure compliance with the prohibition order, but also in anticipation of potential regulations imposing further restrictions on the use of equipment sourced from China and other adversarial countries (e.g., Russia). The addition of SMIC and the other Chinese entities to the Entity List makes it critical for companies transacting business in China, particularly U.S. businesses in the semiconductor industry, to have strong measures in place to ensure compliance with these expanding U.S. export controls. 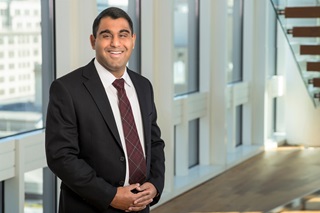