The United States has further expanded sanctions on Russia in response to continued Russian aggression in Ukraine. In this fifth tranche, the focus is on trade and investment privileges. On March 11, 2022, President Biden issued an Executive Order banning certain imports from and exports to Russia, and prohibiting new investment in any sector of the Russian economy designated by the Secretary of the Treasury. In addition, the United States imposed additional blocking sanctions against Russian political leaders, oligarchs, and their family members. The White House also announced President Biden’s support for a pending bill in Congress that would revoke Permanent Normal Trade Relations with Russia and deny Russia borrowing privileges at multilateral financial institutions, such as the International Monetary Fund and the World Bank.

As Russian aggression in Ukraine continues, further economic sanctions and other measures targeting the Russian economy are likely to be forthcoming from both the United States and its allies.  In combination with the continued unilateral withdrawal by U.S. and European companies from the Russian market, ongoing Russian actions in Ukraine are steadily decoupling Russia from the Western economic system.

Imports: The E.O. prohibits the importation into the United States of Russian-origin fish, seafood, and preparations thereof; alcoholic beverages; and non-industrial diamonds.  The prohibition was effective as of March 11 for any new purchases of covered Russian products.  Imports pursuant to pre-March 11, 2022 contractual arrangements are authorized through March 24, 2022. Notably, the E.O. authorizes the Secretary of the Treasury, in consultation with the Secretaries of Commerce and State, to identify other products subject to the import ban.

Exports: The E.O. prohibits the export, sale, or supply, directly or indirectly, of luxury goods and U.S.-dollar-denominated banknotes from the United States or by U.S. persons, wherever located, to Russia. This prohibition is effective immediately, and similar to the import ban, the E.O. authorizes the Commerce Secretary, in consultation with the Secretaries of State and Treasury, to identify other items subject to the export ban.

New Investment: The E.O. prohibits new investment in any sector of the Russian economy as may be determined by the Treasury Secretary, in consultation with the Secretary of State. The Treasury Secretary did not make any such identifications concurrent with the E.O., therefore, it remains to be seen which sectors of the Russian economy will become subject to the investment ban and whether “new investment” will be defined in the same manner as is currently applicable to the investment ban related to the Russian energy sector: (1) a commitment or contribution of funds or other assets; or (2) a loan or other extensions of credit, including any transfer or extension of funds or credit on the basis of an obligation to repay, or any assumption or guarantee of the obligation of another to repay an extension of funds or credit.

Importantly, as with most U.S. economic sanctions, the E.O. prohibits U.S. persons from facilitating or financing transactions by non-U.S. firms (for example, a foreign subsidiary or non-U.S. business partner) if U.S. persons are prohibited from engaging in such transactions.

The United States also imposed sanctions on additional Russian individuals of concern and their families, including the family of Dmitriy Peskov, the spokesman for the Kremlin; the management board of previously sanctioned VTB Bank; and members of the Russian Duma who lobbied for the recognition of the so-called “Donetsk People’s Republic” and “Luhansk Peoples Republic.”1

As a result, all U.S. persons are generally prohibited from engaging in transactions or other dealings with these individuals and entities.

The new sanctions continue the Biden Administration’s approach to date of targeted sanctions, but the authorization of a potential prohibition on new investment in all sectors of the Russian economy signals a shift in policy. While refraining from imposing comprehensive sanctions on Russia outright, the cumulative effect of the sanctions may end up coalescing into an informal U.S. embargo, particularly as additional economic sanctions seem likely in light of Russia’s continued aggression in Ukraine.

This memorandum is a summary for general information and discussion only and may be considered an advertisement for certain purposes. It is not a full analysis of the matters presented, may not be relied upon as legal advice, and does not purport to represent the views of our clients or the Firm. Greta Lichtenbaum, an O’Melveny partner licensed to practice law in the District of Columbia, David J. Ribner, an O’Melveny counsel licensed to practice law in the District of Columbia and New York, and Dillon Roseen, an O’Melveny law clerk, contributed to the content of this newsletter. The views expressed in this newsletter are the views of the authors except as otherwise noted. 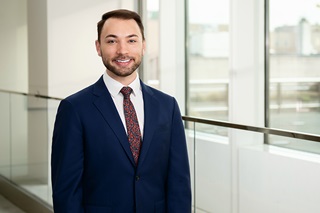