China has recently implemented a new filing-based system in place of the approval system that has governed the incorporation of foreign-invested companies for over 30 years. This means foreign investors are generally no longer required to obtain approvals from the Ministry of Commerce (MOFCOM) or its local counterparts for the establishment of foreign-invested enterprises (FIEs).

Instead, the establishment (or changes to the particulars) of FIEs is now only subject to an online record-filing procedure, which can theoretically be completed within 30 days after obtaining a business license (or in the case of changes to an FIE, after the occurrence of the applicable changes). These changes are codified in revisions to the foreign investment laws and ancillary administrative regulations (the “Revised Investment Rules”) enacted in September and October 2016, respectively.1 The filing regime does not apply to so-called “restricted industries” specified in the Special Entry Administration Measures (the “Negative List”), where approval is still required for foreign investment. While foreign investors have generally welcomed the authorities’ efforts toward deregulation, it is worth noting that many uncertainties and challenges remain in respect of how the new system will work in practice.

This article* summarizes our analysis of how the impact may be felt in practice.

Foreign investors now face more extensive disclosure requirements, including who ultimately “controls” the FIE and its investor(s). For existing FIEs, similar disclosures may be required when filing any changes in particulars (even though such information was not required at the time of their establishment before adoption of the Revised Investment Rules).

Control is broadly defined and will be difficult to apply, which will likely cause complications in practice. The definition includes direct or indirect (“de facto”) control through:

To exemplify the complications this definition brings, will a FIE’s minority shareholder that has veto rights over material matters (as is typical for most fund-invested companies) be deemed to have “control” over the FIE? Similarly, will a CEO who holds a minimal equity interest (i.e., below 5%) in an FIE be deemed to have material influence over the FIE? The answers are currently unclear.

2. Effective Date of FIE’s Governing Documents Becomes Uncertain Due to Contradictions in Laws

The Revised Investment Rules aim to streamline the FIE establishment process by eliminating the need for MOFCOM approvals. However, historically, an FIE’s joint venture contract and the articles of association only legally came into effect after MOFCOM approval. The provisions in relevant foreign investment laws and China’s Contract Law that impose this requirement remain in place and were not amended by the Revised Investment Rules. Thus, it is now unclear when the joint venture contract or articles of association for an FIE will become effective.

To clarify this issue and truly implement the new filing-based regulatory system, conforming amendments will need to be made in a number of foreign investment-related laws and regulations. Before such conforming amendments are made, the effective time of an FIE’s joint venture contract and articles of association will remain in doubt and may be subject to court challenge.

3. Uncertainty as to the Filing-based System’s Applicability to the Pledge of Equity in an FIE

Prior to the filing-based system, the pledge of equity interest in an FIE was subject to MOFCOM approval. Without this approval, it was unclear whether the pledge agreement was effective, and the State Administration on Industry and Commerce (AIC) would not accept registration of the agreement.

4. Timeline for MOFCOM to Complete Record-Filings

Under the filing-based system, MOFCOM is required to conduct an examination of the completeness and accuracy of the information and documents submitted online, and complete the filing for establishment or changes to an FIE within three working days. However, MOFCOM enjoys discretion to:

It remains uncertain how the timeline under the new system will work in practice, as MOFCOM’s discretion to demand supplemental filings may in effect be used to extend the statutory deadline for MOFCOM to complete its work. By way of comparison, MOFCOM demands for supplemental submissions have historically been used as a method to delay approval where there is a backlog of existing work. This is particularly notable in connection with antitrust filings where actual review times bear little resemblance to statutory deadlines for the granting of approvals as a result of requests for supplemental submissions.

5. Increasing Uncertainties Regarding Registration with AIC

Under the previous approval-based system, MOFCOM approval was a prerequisite for registration with the AIC in connection with the establishment of an FIE or amendment of the particulars of an FIE. While the Revised Investment Rules explicitly provide that MOFCOM filings can be completed after the business license for an FIE is issued, the AIC might still require that MOFCOM filings be completed before they proceed with AIC registration to ensure that market access restrictions applicable to foreign investors have been satisfied. This could potentially lead to a prolonged timeline for completing the AIC registrations if MOFCOM filings have not been completed first. In addition, in one of the Revised Investment Rules, the State AIC suggests that AICs should consult with the National Development and Reform Commission and MOFCOM, or their respective local counterparts, for complicated issues encountered in reviewing applications by foreign investors, especially in determining whether a proposed business falls within the Negative List. For now, the State AIC has not suggested any deadline for such consultation to be completed and how such processes may affect the timing of the registration processes.

Considering the foregoing, foreign investors should be prepared for the uncertainties and challenges accompanying the implementation of the new regulatory system over foreign investment. O’Melveny will provide updates as the regulatory reform is carried out further.


* O’Melveny recognizes legal consultants Jason Cai and Wuxiao Liang for their valuable contributions in researching and drafting this article.
1. Such newly amended or enacted laws and regulations include: Decision of the Standing Committee of the National People’s Congress on Revising the Law of the People’s Republic of China on Wholly Foreign-owned Enterprise and Other Three Laws, Circular of the State Administration for Industry and Commerce on Properly Doing the Work concerning Relevant Registration for Foreign-invested Enterprises Subject to the Record-filing Administration, Interim Measures for Record-filing Administration of the Establishment and Change of Foreign-invested Enterprises and the 22nd Announcement of 2016 by the National Development and Reform Commission and the Ministry of Commerce. 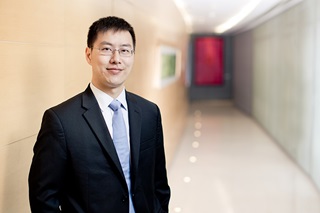