Daily Journal: Antitrust Issues to Watch During the Biden Administration

O’Melveny partner Anna Pletcher and associate Patrick Jones co-authored this Daily Journal article, which discusses the Biden administration’s administrative and legislative priorities with respect to antitrust and competition, what a strengthened approach to enforcement might look like for big tech and health care companies, and the potential for an increased focus on anticompetitive labor market agreements and labor-side effects of mergers.

“President Biden and the team of advisors he has assembled have signaled that the incoming administration will pursue vigorous antitrust enforcement, and in particular, respond to rising concentration in health care and technology industries,” Pletcher and Jones write. “The recent appointment of Democratic Commissioner Rebecca Kelly Slaughter as acting FTC chair indicates that the FTC will be taking a more aggressive approach, especially against tech companies.” The authors expect the both the FTC and DOJ to “increase scrutiny of mergers and acquisitions, and to raise more challenges to the conduct of single, dominant firms that engage in conduct that excludes or impedes rivals from competing.”

The Biden administration will likely continue to pursue action against large tech companies and possibly even push to break up one or more big tech firms, the authors indicate, observing that after the DOJ sued Google in October, Biden’s campaign issued a statement suggesting support for the action. “In addition to big tech, many expect the pharmaceutical industry to be a focus of the incoming administration’s efforts as members of Biden’s transition team have decried drug price increases that are perceived to be the result of market concentration and anticompetitive deals,” Pletcher and Jones add.

Beyond enforcement, there is a real potential during the Biden administration for legislative and administrative reforms that could fundamentally alter the way antitrust cases are litigated and the government enforcement agencies operate. The authors note that “the onus will be on Congress to update antitrust regulations—a task that has historically rested in the courts.”

Even without new legislative or administrative rules, the administration may be primed to broaden antitrust enforcement in labor-intensive markets. “The DOJ brought its first criminal wage-fixing case in December 2020, and its first criminal no poach case earlier this month. We could see more under President Biden,” the authors write. “As a candidate, Biden specifically called for the elimination of ‘non-compete clauses and no-poaching agreements that hinder the ability of employees to seek higher wages, better benefits, and working conditions by changing employers.’” 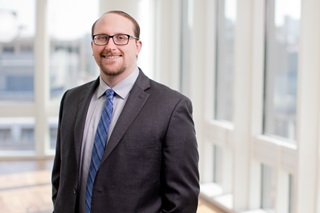