On July 14, 2015, Iran and the E3/EU+3 (United States, Russia, China, European Union, United Kingdom, France, Germany) announced a final comprehensive agreement intended to restrain Iran’s nuclear weapons program in exchange for the lifting of economic sanctions. The Joint Comprehensive Plan of Action (JCPOA) follows closely the Lausanne framework agreement announced last April, as described in our alert of April 15, 2015, while providing a surprising amount of detail regarding the specific undertakings of the parties. The JCPOA, for example, largely eliminates uncertainty concerning what U.S. sanctions are considered “nuclear-related” and therefore may be terminated.

While the JCPOA does not specify precise dates by which the UN, EU, and US must act, the agreement lays out milestones and a work program that, as a practical matter, mean that sanctions will not be lifted before the end of 2015 at the earliest; more likely, assuming Iran satisfies its commitments, sanctions relief will not commence until the first quarter of 2016. Meanwhile, interim sanctions relief first afforded by the E3/EU+3 in November 2013 has been extended again, while Congress initiates an intense period of review. The projected timetable for the next six months is shown in a table below.

For U.S. and foreign businesses, the key takeaway is that the JCPOA cements an asymmetric structure of economic normalization with Iran: U.S. nationals and companies will remain largely prohibited from doing business with Iran, while non-U.S. persons (particularly EU companies, which since 2010 have been subject to substantial restrictions) will neither be subject to home country limitations nor the threat of secondary U.S. sanctions. Notably, however, the United States commits to licensing foreign subsidiaries of U.S. entities to engage in activities consistent with the JCPOA.

Importantly, broad unilateral non-nuclear U.S. sanctions will remain in force. These sanctions were adopted in response to Iranian support for international terrorism, weapons proliferation, human rights abuses, and similar conduct that the JCPOA does not address. There is no current prospect that the US will ease these sanctions.

Current U.S. unilateral economic sanctions targeting Iran date back to 1984. Beginning in 2006, international concern over Iran’s pursuit of nuclear weapons and ballistic missile delivery capability precipitated a series of far-reaching international sanctions adopted by the United Nations and the EU, in addition to increasingly broad U.S. measures. The UN Security Council adopted six resolutions between 2006 and 2010 targeting numerous Iranian persons and business entities, and prohibiting trade with Iran that might support Iran’s nuclear and major conventional weapons programs. From 2007 through 2012, the EU Council adopted several Decisions in line with U.S. sanctions programs that targeted Iran’s energy and financial services industries, including an embargo on importing Iranian crude oil and denying Iranian banks access to the SWIFT clearance system.

The United States not only barred U.S. persons from engaging in virtually any non-humanitarian trade or investment involving Iran, it adopted “secondary” sanctions that threatened to deny non-U.S. persons access to the U.S. market for engaging in certain energy and financial services transactions that were prohibited as to U.S. persons. In addition, the United States threatened secondary sanctions against countries that did not reduce their levels of Iranian oil imports, and it largely blocked Iranian access to the international banking system, through such measures as designating Iran as a jurisdiction of “primary money laundering concern.” Congress mandated many measures through legislation while permitting the President in some cases, but not all, to waive the sanctions.

The combination of multilateral measures severely impacted Iran’s economy, leading to the negotiations that resulted in the JCPOA. The length of the document – approximately 160 pages – attests to the intricate detail by which the E3/EU+3 sought to pin down Iran’s nuclear activities, and Iran sought to ensure that the UN, EU and US would substantially terminate the effective economic embargo.

In sum, over a 15-year period, Iran is committed to accept limitations on the enrichment of uranium, limitations on heavy water reactors, and, most importantly, to allow the IAEA to monitor Iran’s compliance with the Agreement. These measures include:

In exchange, upon the IAEA’s verification of Iran’s implementation of various nuclear-related commitments, the UN will terminate previous UN Security Council resolutions on the Iranian nuclear issues, the EU will terminate all nuclear-related economic and financial sanctions, including the release of all frozen Iranian funds and economic resources, and the U.S. will cease the application of sanctions specified in the Agreement to non-U.S. persons. Specifically, the JCPOA commits the United States to terminate or to modify a broad range of sanctions that impact third party business with Iran, including:

The Agreement also provides a dispute resolution mechanism, through which sanctions could be re-imposed in the event Iran is found not to be compliant with its obligations under the Agreement.

To be clear, U.S. sanctions relief will only be provided through the suspension and termination of nuclear-related secondary sanctions, which were applicable to non-U.S. persons. Thus, foreign companies that reengage in Iran’s energy sector, for example, would not face potential U.S. penalties impacting their U.S. business. Sanctions will remain in place with regard to activities by U.S. persons, which includes U.S. citizens, U.S. permanent residents, companies organized under the laws of the U.S. and their foreign branches, and any entity owned (50% or more) or “otherwise controlled” by a U.S. person.

The JCPOA provides for sequencing its implementation, as follows:

The JCPOA further establishes a process for winding down the agreement beginning with a “Transition Day” during 2023 and a “Termination Day” that would fall 10 years from the Adoption Day in 2025.

The Iran Nuclear Agreement Review Act of 20151 prohibits the President from waiving or suspending any sanctions during a period established for Congressional review. Under the Act, the President must submit the Agreement and related materials to Congress by July 19 (assuming July 14 is the date of the Agreement). Congress then will have until approximately September 17 (60 calendar days) to review and to act on the Agreement. At this time, Congress is expected to be in recess from August 10 through September 7.

Implications for the Business Sector

The comprehensive lifting of UN and EU nuclear-related sanctions will, as of the date of the Agreement’s implementation, permit EU persons (EU nationals and EU incorporated entities) to engage in a wide range of business dealings with Iran. These include: (1) the opening of financial and credit institutions offices, subsidiaries, joint ventures and bank accounts in Iran; (2) the import of crude oil, petroleum products, natural gas, and petrochemicals into the EU; and (3) the provision of naval equipment and technology for ship building and transport.

The U.S. will delist hundreds of Iranian persons and entities currently named as “Specially Designated Nationals,” and the EU will take comparable action. These delistings will have the secondary effect of removing the persons and entities from watch lists used for compliance purposes by banks and other businesses worldwide, thus substantially easing business with them. Persons and entities listed as SDNs for non-nuclear reasons (e.g., terrorism) will remain listed. Notably, this will include the Iranian Revolutionary Guard Corps and its affiliates.

In contrast to actions by the EU, the U.S. economic sanctions relief is limited to non-U.S. persons, who without fear of U.S. secondary sanctions will be permitted to engage in (1) financial and banking transactions with the Iranian banks and financial institutions, (2) provide underwriting, insurance and re-insurance services, (3) engage in Iran’s energy and petrochemical sectors; (4) engage in the shipping sector; (5) trade in precious metals; and (6) conduct transactions in the automotive sector. These measures will allow Iran more ease of access to the broader world market for financial services.

U.S. persons, including foreign branches of U.S. companies and foreign subsidiaries owned or controlled by U.S. parent companies, will continue to be prohibited from engaging in any unlicensed business transactions in Iran. However, the U.S. has committed to licensing non-U.S. entities owned or controlled by U.S. persons to engage in activities in Iran consistent with the Agreement. This measure appears to be prompted in part by the recognition that the agreement ultimately disadvantages U.S. firms against their direct competitors in the European Union. 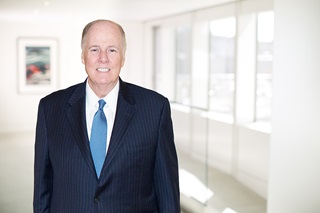