As an issue of first impression, the court strictly limited the rights of so-called “dormant” landowners—that is, owners of land overlying the aquifer who had not produced groundwater in the recent past. Under California law, all landowners overlying an aquifer have “correlative” rights to access the water—that is, rights equal in priority based on land ownership rather than historical use. In theory, then, new correlative uses can arise at any time—even when an aquifer is overdrafted. This uncertainty produces significant risk for existing water users. The Antelope Valley Groundwater Cases, for instance, involved approximately 18,000 dormant landowners, many of which were claiming rights to groundwater for the first time.

The Court of Appeal is the first court to approve a groundwater allocation scheme that gives no allocation to dormant correlative rights holders. If those landowners wish to pump groundwater in the future, they must apply to the area watermaster for permission. This result, however, is not without precedent. In the surface water context, courts have long held that dormant riparian rights—which are analogous to correlative rights in groundwater—may be “subordinated” to existing uses.1 That is, as a matter of equity, the court may determine that dormant rights should be treated as lower-priority than existing uses. Although the California Supreme Court had previously suggested that the subordination doctrine could apply in the groundwater context,2 no court had yet done so. In the Comprehensive Adjudication Reform Act, which modernized California’s groundwater adjudication regime alongside the Sustainable Groundwater Management Act (SGMA), the Legislature also specifically recognized that the doctrine could apply.3

The Importance of Equity

The case also emphasizes the equitable nature of the court’s resolution of competing groundwater rights claims. The Court of Appeal noted that the ultimate result of a comprehensive adjudication of an overdrafted basin—a “physical solution”—uses “‘general equitable principles’” to allocate water among competing users within priority tiers,4 and held that “when apportioning water in an overdrafted basin among correlative rights holders, a court should employ equitable apportionment principle and eschew mechanically based calculations to the extent necessary to reach an equitable apportionment of available water.”5 Although the court must not “wholly disregard” water rights priorities or violate California’s constitutional mandate that water must be put to reasonable and beneficial use, courts exercise broad discretion in such cases.6 The Court of Appeal upheld the Superior Court’s application of these equitable principles not only to subordinate dormant rights, but to issue no allocation to a late-appearing landowner who claimed water for existing irrigation but failed to proffer adequate and timely evidence to support those uses. As questions of equity, such considerations are heavily fact-dependent, and could easily shift depending on the circumstances of a particular case.

The case also shows how water markets continue to mature in California. The Court of Appeal upheld AVAA’s groundwater transfer program, which provides pumpers opportunities to trade their groundwater allocations as they collectively face severe pumping restrictions. Such groundwater markets are a key component of sustainable groundwater management in California. A 2016 survey found that 24 of California’s 26 adjudicated groundwater basins allow some form of water transfer. Likewise, both SGMA and the Governor’s 2020 Water Resilience Portfolio recognize water markets as an important component of water management. One recent analysis predicts water markets can lower the costs of sustainable management in the Central Valley by as much as 60 percent by incentivizing conservation and reallocating water to the Valley’s most productive lands.

The Court of Appeal’s decision highlights the value of transfers and conservation in a basin where available water supplies, both natural and imported, could vary greatly in the future. For instance, the court noted that pumpers need operational flexibility to maximize both water sources to best defray the impacts of dramatic water use restrictions. The decision affirmed the importance of thoughtfully designed water markets in meeting California’s water resiliency goals.

Adjudications: In It for the Long Haul

Finally, the case emphasizes the iterative nature of comprehensive water rights adjudications. Litigation proceeded in at least six phases and over more than 20 years, with various settlement discussions and partial settlements along the way. The complexity and length of such disputes—many lasting more than a decade—reward creative thinking, a willingness to look for practical solutions, and smart trial strategy that pushes parties to the bargaining table earlier rather than later. 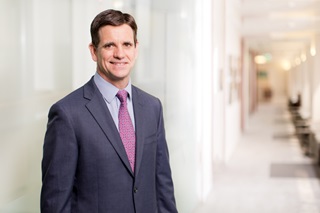