On June 30, 2022, California passed the Plastic Pollution Prevention and Packaging Producer Responsibility Act (SB 54), setting aggressive targets for reducing and recycling single-use packaging and requiring plastics producers to create a $5 billion fund to help low-income communities impacted by the effects of plastic pollution. The new California law comes on the heels of recent international efforts to reduce plastic waste and encourage recycling under a “circular economy,” including aggressive plastics legislation in the European Union and a United Nations resolution to address plastic waste on a global scale in the near term.

SB 54 requires that California achieve both (1) a 25% reduction of plastics in single-use products by 2032 and (2) a 30% recycling, reuse or composting rate for single-use plastics used in the state by 2028, followed by targets of 40% by 2030 and 65% by 2032. The plastics reduction target will likely be achieved by shrinking the size of plastic packaging and shifting to alternative packaging materials such as paper or aluminum, while the recycling target will require improvements to both the state’s recycling infrastructure and the recyclability of plastics used in California.

SB 54 places the primary financial burden of achieving these reduction and recycling targets, however, on plastics manufacturers, a practice known as extended producer responsibility (EPR). Specifically, producers of “covered materials,” including single-use packaging and food service items like straws and containers, are required to create “producer responsibility organizations” (PROs). Each PRO must develop a plan and budget for achieving compliance, taking into account the costs of improving public and private recycling infrastructure and achieving the required level of source reduction, recyclability and compostability of products used by the PRO’s members. Once a PRO’s plan and budget are approved by the California Department of Resources Recycling and Recovery (CalRecycle), the PRO must register each participating plastics producer with CalRecycle and maintain and submit records of each producer’s plastic production. PROs will also be required to pay hefty annual fees over the next decade to create a $5 billion California Plastic Pollution Mitigation Fund and to cover the state’s enforcement costs.

Enforcement mechanisms for SB 54 will include facility inspections and audits of PROs and individual producers to determine compliance with SB 54’s requirements. These inspections and audits will presumably focus on confirming whether SB 54’s reduction, recycling and composting targets are being met, and further details are expected to be included in the SB 54 implementing regulations that CalRecycle must develop and adopt by January 1, 2025. Under the statute, the state may impose administrative civil penalties up to $50,000 per day per violation if a PRO fails to correct a violation within 30 days.

It is possible that SB 54 may serve as a platform for further plastics regulation outside the realm of single-use products. Following a 2014 suit by the Center for Biological Diversity, EPA is under a mandate to determine if it will regulate poly vinyl chloride as a hazardous waste under the Resource Conservation Recovery Act by year end. Such regulation would further burden waste sorting and reduction for the retail sector, requiring diversion of PVC-containing plastics from solid waste streams.

SB 54 comes in the wake of significant recent developments in international plastics regulation. Most notably, in March 2022, the United Nations Environmental Assembly resolved to develop a treaty on post-consumer plastic pollution by the end of 2024. The resolution contemplates that the treaty will include measures for dealing with microplastics and supporting improved biodegradability and materials design.

The European Union (EU) also remains a global leader in reducing plastic products and waste. On July 2, 2021, the EU passed its Directive on Single-Use Plastics, which bans more than ten types of single-use products, including straws and polystyrene food containers, requires EU member states to limit their use of other single-use plastic items, and imposes a recycling target for plastic bottles. This directive builds on earlier EU efforts to reduce plastics waste, including the 2018 European Strategy for Plastics in a Circular Economy, which established a high-level plan to incorporate plastics recyclability and reduction into the EU’s broader efforts to create a “circular economy” in which waste is minimized and the value of materials is maintained in the economy for as long as possible.

The EU and the United Kingdom (UK) have also both issued guidance indicating an intent to prosecute false and deceptive claims around plastics recyclability and natural degradation in public company sustainability disclosures. In September 2021, the UK Competition and Markets Authority issued its Guidance on Environmental Claims on Goods and Services, which includes recommendations and case study examples for sustainability claims made by companies with respect to plastics products. The EU’s European Securities and Markets Authority (ESMA) published its Sustainable Finance Roadmap on February 11, 2022, which includes broad strategies for tackling “greenwashing” and promoting transparency in sustainability disclosures.

Plastics reduction efforts are also gaining momentum in other regions around the world. Canada began an EPR program last year, and India banned most single-use plastics as of July 1, 2022. More than three dozen countries, including many in Africa, have banned single-use plastic shopping bags. This increasing focus on plastics regulation around the world and in the United States may have implications across a variety of industries. 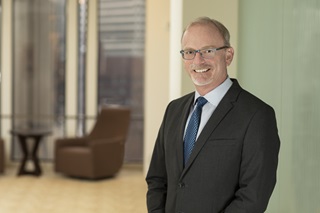