On April 30, 2018, in an employee/independent contractor misclassification case captioned Dynamex Operations West, Inc. v. Superior Court, No. S222732, the California Supreme Court unanimously adopted the “ABC test” as the standard for applying the “suffer or permit to work” prong of California’s Wage Order 9.  The court’s adoption of the ABC test ushers in a method of determining employee status that is more rigid and employee-friendly than the multi-factor test developed in S.G. Borello & Sons, Inc. v. Department of Industrial Relations, 48 Cal. 3d 342 (1989), which had been used under the “common law employment relationship” prong of California’s Wage Orders.  Under the Borello test, courts primarily focused on whether the company controlled the manner and means by which the worker performed work.  Various secondary factors were also considered, such as whether the company had the right to hire/fire the worker, whether the company or the worker provided the tools and instrumentalities necessary for work, and the degree of skill required to perform the work.

Under the new “ABC” standard, workers are presumed to be employees included within the wage order’s coverage unless the hiring entity demonstrates each of the following three factors:  (A) the worker is free from the control and direction of the hiring entity in connection with the performance of the work, both under the contract for the performance of the work and in fact; (B) the worker performs work that is outside the usual course of the hiring entity’s business; and (C) the worker is customarily engaged in an independently established trade, occupation, or business of the same nature as the work performed.

The precise question addressed in Dynamex was what definition of employee should be used in a wage and hour class action in which plaintiffs alleged they had been misclassified as independent contractors.  Previously, in Martinez v. Combs, 49 Cal. 4th 35 (2010), the Supreme Court had articulated three alternative definitions of employment:  to exercise control over wages, hours, or working conditions; to suffer or permit to work; or to engage in a common law employment relationship.  The defendant employer in Dynamex argued that the third definition (which embodies the Borello test) was the only proper test for distinguishing between employees and independent contractors.  The Court’s decision indicated that the “suffer or permit to work” definition could be used and that the ABC test was the proper way of applying this definition.

The Dynamex Court began by discussing the Borello and Martinez decisions in detail.  In 1989, the California Supreme Court held in Borello that farmworkers working under a “sharefarmer” agreement were employees entitled to workers’ compensation because, among other things, the grower controlled all meaningful aspects of the business relationship, the farm work did not require particular skill and was a permanent necessity in the agricultural process, and the farmworkers did not engage in a distinct trade and did not hold themselves out as independent in business.  The Borello test for employee classification thus required courts to, first and foremost, assess whether the hiring business controlled the details of the work—both as to the work done and the manner and means in which it was performed—and then to weigh additional factors such as whether the work is part of the hiring business’s regular business, whether the services rendered require special skill, whether the worker or the hiring business provided the tools and instrumentalities, and the degree of permanence of the working relationship.  The Borello test has constituted the common law method for determining employee status in California for nearly 30 years.

Martinez, decided in 2010, dealt not with employee misclassification but with joint employer status under the wage orders.  In holding that certain defendant produce merchants did not jointly employ the plaintiff seasonal farm workers (who were directly employed by a strawberry grower), the Martinez Court concluded that the wage order’s definition of “employ” encompassed three alternative definitions:  (1) to exercise control over the wages, hours, or working conditions; (2) to suffer or permit to work; or (3) to engage, thereby creating a common law employment relationship (i.e., the Borello standard).

B. The Decision Below

Dynamex is a same-day courier and delivery service that had been treating its drivers as independent contractors since 2004.  Dynamex obtained customers, set the prices it would charge, and negotiated driver compensation on an individual basis.  Drivers provided their own vehicles, set their own schedules, chose the sequence in which to make deliveries (unless a special arrangement required a delivery at a particular time), could reject deliveries offered to them, and were permitted to hire other individuals to make Dynamex deliveries for them.

The trial court certified a class of Dynamex drivers, but excluded drivers who employed other drivers, as well as drivers who did delivery work for other businesses or for the drivers’ own customers.  The trial court determined, and the Court of Appeal affirmed, that common issues predominated as to whether any of the three Martinez definitions of “employ” were satisfied.  Dynamex challenged the Court of Appeal’s conclusion, arguing that the first two Martinez standards—the control over wages standard and the suffer or permit to work standard—were limited to the joint employer context and could not be relied on to determine employee status.  Dynamex did not challenge the trial court’s reliance on the third Martinez standard (the common law/Borello standard).

Although it declined to answer the question whether the Martinez control over wages standard applied to employee classification questions, the Court held, first, that Martinez’s suffer or permit to work standard applied to questions of employee classification, and second, that the ABC test was the best method of determining whether the suffer or permit to work standard was satisfied.  The Court noted that the IWC had deliberately defined the term “employ” expansively in the wage orders so that it would extend employee status to contexts—such as child labor—beyond the tort vicarious liability context in which the employee-independent contractor distinction first arose.  As Martinez gave no indication that its holding applied only to the joint employer context, the Court concluded that the suffer or permit to work standard was relevant to questions of employee classification under the wage orders.

Given the deliberately expansive reach of the suffer or permit to work standard, the Court then reasoned that the standard must be interpreted broadly to include within the definition of “employee” all workers who can reasonably be viewed as working in the hiring entity’s business.  The Court stated that the multi-factor Borello test was less desirable in accomplishing that goal in the wage and hour context because it did not provide employers sufficient advance notice of how to treat a particular category of workers and because (in the Court’s view) it allowed employers to evade wage and hour laws by dividing its workforce into disparate categories and varying the working conditions of individual workers based on the Borello factors.  Noting that a number of jurisdictions had already adopted the “simpler, more structured” ABC test1 for distinguishing between employees and independent contractors, the Court concluded that the suffer or permit to work standard (1) places the burden on the hiring entity to establish that the worker is an independent contractor who was not intended to be included within the wage order’s coverage and (2) requires the hiring entity, in order to meet this burden, to establish each of the three factors embodied in the ABC test—namely, (A) that the worker is free from the control and direction of the hiring entity in connection with the performance of the work, both under the contract for the performance of the work and in fact; (B) that the worker performs work that is outside the usual course of the hiring entity’s business; and (C) that the worker is customarily engaged in an independently established trade, occupation, or business of the same nature as the work performed.

The Court then elaborated on each of the ABC elements.  First, as to element A, it noted that a business need not control the precise manner or details of the work in order to be found to have maintained the necessary control.  Simply controlling general outcomes can be sufficient.  Thus, where, for example, a clothing company designs clothing to be sold and provides patterns to work-at-home knitters, the company maintains the requisite control over the performance of the work because—although the hiring entity has no say in whether a sweater is knitted at home at midnight or in a factory between the hours of 9 and 5—the hiring entity determines what clothing is to be produced (through the provision of patterns) and how the clothing is to be produced (knitted rather than crocheted).  Second, the Court noted that the principal objective of element B is to bring within the employee category “all individuals who can reasonably be viewed as working in the hiring entity’s business.”  Thus, all workers who provide services within the usual course of the hiring entity’s business are considered employees.  For example, if a retail store hires an outside plumber to repair a leak in its bathroom, the plumber’s services are not part of the store’s usual course of business and the plumber is properly considered an independent contractor.  But when a clothing manufacturer hires at-home seamstresses to make dresses from cloth and patterns supplied by the company that will thereafter be sold by the company, or when a bakery hires cake decorators to work on a regular basis on custom-designed cakes, the workers are part of the hiring entity’s usual business operation and the hiring business can reasonably be viewed as “suffering or permitting” the workers to provide services as employees.  Third, the Court stated that element C is only satisfied where the hiring entity can show that the worker is customarily engaged in an independently established trade, occupation, or business.  Indicia of an independently established trade or business include incorporation, licensure, advertisements, business cards, business location and website, and routinely offering services to the public.  Critically, the Court noted that the mere fact that a hiring entity has not prevented a worker from going into business for himself or herself is not sufficient.

If you have any questions regarding the Dynamex decision or how it may impact your company’s policies or practices, please contact the authors of this alert or your O’Melveny advisor. 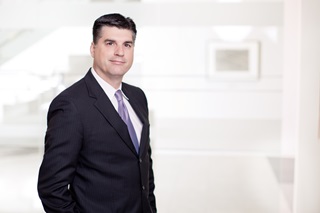