This installment offers a brief overview of:

If you have questions about these developments, or similar matters pertaining to China competition and trade topics, please contact the key contacts listed below.

On October 23, 2021, the Standing Committee of the National People’s Congress (NPC), China’s top legislative body, released a draft of its proposed amendments to the AML (Proposed AML Amendments). Following this first reading by the NPC, the Proposed AML Amendments require one or two further readings before being adopted as law.

This is the second round of public consultations that China has launched on its proposed changes to the AML. In January 2020, China’s antitrust agency—SAMR—solicited public comments on an earlier draft.

The key changes in the Proposed AML Amendments are set out below.

The State Anti-Monopoly Bureau (AMB) was inaugurated on November 18, 2021. This has the effect of elevating the original SAMR Anti-Monopoly Bureau into a deputy ministerial level office. While still housed within the SAMR, the higher institutional ranking for the AMB means better access of manpower, budget and other resources, and greater latitude or independence in terms of enforcement action. In this context, it is worth noting that in March 2022, SAMR announced an annual budget of RMB 121.4 million (US$19.1 million) for its various enforcement activities, representing an increase of some 73.43% over last year’s actual spend.

The AMB is now composed of three departments:

These various institutional changes at SAMR signal a determination and commitment to strengthened antitrust supervision and enforcement by the Chinese government and are a corollary to the proposed changes to the AML discussed above.

Platforms and other internet companies have remained in the regulatory crosshairs for the past 12 months and this is set to continue. Following the release, its Antitrust Guidelines for Platform Economies4 in February 2021, SAMR launched a vigorous enforcement campaign targeting the sector. Key highlights include:

As noted above, this aggressive enforcement in respect of platform and internet companies will continue for 2022. China’s 14th Five-Year Plan for the Modernization of Market Regulation,9 released by the State Council on January 27, 2022, identifies ensuring ‘orderly competition’ among platforms as a key task. And in fact, as at the date of this Review, SAMR has already imposed gun-jumping fines in 13 transactions in the internet sector in 2022.

Technology and innovation have become a focal point of interstate rivalry—and in particular of rivalry between the U.S. and China. Against this backdrop, China released its Outline for Building a Powerful Intellectual Property Nation (2021-2035) (IP Nation Outline) in September 2021.11

The IP Nation Outline sets out both short term and long term goals for the development of Chinese intellectual property. The short-term goals are to be achieved by 2025; these include better IPR protection, a substantial improvement of the ability of Chinese brands to compete internationally, and that patent-intensive industries and copyright industries account for 13% and 7.5% of China national GDP respectively. The long term goal—to be achieved by 2035—is for China to be ranked in first tier globally in terms of IPR competitiveness.

In October 2021, China also released a five-year plan for the period of 2021 to 2025, providing further detail and guidance on the short-term goals explained in the IP Nation Outline. Thereafter in January 2022, China released a detailed annual plan for IPR development and protection.12 This plan lists 115 action items, including further amendments to IPR protection-related laws and regulations, notably the AML, the Patent Law Implementation Regulations, the introduction of rules for IPR protection in big data, AI, blockchain, and gene technologies, the formulation of judicial interpretations on punitive damages for infringements of IPR, and the ramping up of judicial enforcement of the AML and China’s Anti-Unfair Competition Law.

2 Based on publicly available information, the Chinese antitrust authorities are believed to have investigated only one non-notifiable merger to date—the 2016 acquisition of Uber by Chinese competitor Didi. The investigation was opened in 2016. It remains unclear whether this investigation is still ongoing.

O’Melveny & Myers LLP is a foreign law firm registered with the Ministry of Justice of the People's Republic of China. Under current Chinese regulations, we are allowed to provide information concerning the effects of the Chinese legal environment, but we are not authorized to practice Chinese law or to render legal opinions in respect of Chinese law. We work in cooperation with a number of Chinese law firms. Should you require a legal opinion in respect of any Chinese law matter, we would be happy to assist you in obtaining one from a Chinese firm.

This memorandum is a summary for general information and discussion only and may be considered an advertisement for certain purposes. It is not a full analysis of the matters presented, may not be relied upon as legal advice, and does not purport to represent the views of our clients or the Firm. Philip Monaghan, an O'Melveny partner licensed to practice law in England & Wales, Ireland, and Hong Kong, Lining Shan, an O'Melveny counsel in the firm's Beijing office, and Vivian Wang, an O'Melveny associate licensed to practice law in China, contributed to the content of this newsletter. The views expressed in this newsletter are the views of the authors except as otherwise noted. 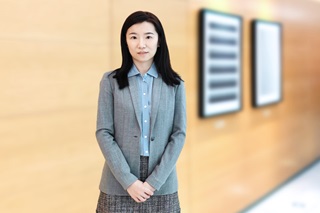