We are providing this update on significant new developments in federal and state laws relating to environmental justice (EJ), including new federal policies under the Biden administration, expanded enforcement efforts in California, and recent EJ legislation in New Jersey and Washington.

In 1994, President Clinton issued Executive Order 12898, “Federal Actions to Address Environmental Justice in Minority Populations and Low Income Populations,” requiring the U.S. Environmental Protection Agency (EPA) to consider whether its policies and regulations “disproportionately impact” minority populations. The Order was issued, in part, based on published studies indicating that a substantial number of hazardous waste treatment, storage, and disposal operations are located in areas with low income, minority populations.

EPA’s Office of Civil Rights also issued draft guidance on EJ claims arising under Title VI of the Civil Rights Act of 1964, 42 U.S.C. § 2000d et seq. The first draft, released in February 1998, drew opposition from virtually all stakeholders, including state environmental agencies, who expressed concern that it would allow EJ issues to be raised after a permit was issued. Congress later moved to bar EPA from using that draft guidance to process complaints under Title VI, and EPA ultimately withdrew the draft altogether. In June of 2001, EPA’s Office of Civil Rights issued a second draft, which provided a methodology for analyzing claims of adverse disparate impacts. The public comment period on that draft closed in 2002, but a final guidance document was not issued.

On September 18, 2006, EPA’s inspector general issued a report (“EPA Needs to Conduct Environmental Justice Reviews of Its Programs”) criticizing EPA for failing to implement the executive order and directing EPA to identify those programs, policies, and activities that should be subject to EJ review.

Decisions of the EPA Environmental Appeals Board (EAB) have tended to reject EJ claims in permitting decisions, either based on a finding that no environmental impact would occur, e.g., In re: Shell Offshore Inc., 2007 WL 3138040 (EAB 2007), or that no disadvantaged population falls in the impact area, e.g., (In re: Beckland Group LLC, 2008 WL4517160 (EAB 2008). One noteworthy decision is Communities for a Better Environment et al. v. City of Richmond et al., where a California Court of Appeals upheld a decision finding an oil refinery facility expansion impact analysis inadequate, in part because it failed to consider disproportionate impact on working class communities, CA 125618 (Cal. App. 2010).

In April 2021, the Biden administration initiated an effort to step up EJ inspection and enforcement, directing EPA to pursue available statutory authorities in affected communities. New EPA Administrator Michael Regan announced on January 26, 2022 that EPA will take a much more aggressive stance with respect to polluting facilities in vulnerable communities, including: (1) increasing the number of unannounced inspections; and (2) expanding air quality monitoring networks in potentially affected communities. EPA will rely on its Clean Air Act Risk Management and Health Hazard Evaluation authorities (under the 1990 Clean Air Act amendments) to enhance its inspection and monitoring programs. EPA also plans to expand its air monitoring capacity using technology such as air monitoring ground vehicles and aircraft.

Concurrently, the new administration is re-examining and expanding its list of Hazardous Air Pollutants (HAP) with greater attention to community risks. For example, EPA has now added 1–bromopropane (1–BP) to its list of Hazardous Air Pollutants (HAP) under the Clean Air Act. 1–BP is considered a suspected human carcinogen and is commonly used in the dry cleaning process and in aerosols and metal cleaners. EPA’s Office of Chemical Safety and Pollution Prevention announced that the agency plans to specifically examine risks faced by communities living near factories and other sources of 1–BP. EPA will likely continue to increase surveillance of HAP community exposure for other pollutants going forward. On January 21, 2022, the agency also released a draft of its fenceline communities screening methodology for examining health and environmental risks in communities located near facilities that emit chemicals being reviewed under the Toxic Substances Control Act (TSCA), including 1-BP. The draft methodology uses available data and models to quantify exposure risks in “fenceline communities” (i.e., those that are generally located within 10,000 meters from an air emitting facility). While the draft methodology only applies to a subset of the chemicals for which EPA has published risk evaluations under the TSCA, EPA plans to expand this methodology in the future to cover other chemicals undergoing risk evaluations and to address broader EJ concerns and cumulative or aggregate exposures in affected communities.

On January 5, 2022, EPA released a draft Environmental Justice Action Plan, which outlines the new federal EJ program in greater detail and indicates oversight by EPA’s Office of Land and Emergency Management (OLEM) to address EJ concerns in all programs overseen by OLEM, including Superfund, emergency response, and risk management. The draft Action Plan covers projects and activities intended to address land cleanup issues in overburdened communities across the country and is centered around four main goals:

EPA plans to release a further draft of the Environmental Justice Action Plan based on feedback from stakeholders. In the meantime, more general information about EPA’s current EJ program can be found here.

Additional developments at the federal level are expected to occur throughout 2022 and beyond. The President will look to the advice of a new senior EJ director within the White House Council of Environmental Quality (the position is currently vacant).

California’s EJ law directs the California Environmental Protection Agency (CalEPA) to identify and prioritize inspection and enforcement in “communities disproportionately burdened by multiple sources of pollution with populations more sensitive to pollution risk”, Cal Gen Code 65010.12. California’s current Attorney General, Rob Bonta, recently announced an expansion of the California Department of Justice’s Bureau of Environmental Justice (“Bureau”), which will allow the Bureau to increase its oversight of EJ enforcement actions in the State. The expanded Bureau will focus its enforcement efforts on penalizing and preventing illegal discharges of pollutants into the air and water from facilities, and eliminating or reducing exposure to lead and other toxins in the environment and consumer products.

In August 2021, the California Air Resources Board (CARB) appointed Ambreen Afshan as the inaugural Manager of its new Office of Environmental Justice (OEJ). OEJ will focus on advancing CARB’s efforts to promote EJ and racial equity in the context of air pollution in California.

California has also made recent advancements in EJ assessment methodologies. In October 2021, the California State Office of Environmental Health Hazard Assessment (OEHHA) released CalEnviroScreen 4.0, an interactive online mapping tool that uses a range of EJ indicators to identify California communities that are disproportionately burdened by multiple sources of pollution.

In September 2020, New Jersey enacted new EJ legislation requiring its Department of Environmental Protection (NJDEP) to evaluate the environmental and public health impacts of certain facilities on overburdened communities when reviewing certain permit applications. NJ Stat. § 13:1D-157 – 13:1D-161. The legislation applies to landfills, recycling facilities, incinerators, and a range of other facilities, and it defines “overburdened communities” as those in which at least (1) 35% of households qualify as low income, (2) 40% of residents identify as minority, or (3) 40% of households have limited English proficiency.

The legislation requires that facilities located in overburdened communities prepare an EJ impact statement and conduct a public hearing as part of the permitting process. NJDEP may deny a permit if the facility would “cause or contribute to adverse cumulative environmental or public health stressors that are higher than those borne by other communities,” unless the facility serves a compelling public interest, in which case NJDEP may issue a permit that imposes conditions to reduce adverse impacts on the overburdened community.

NJDEP is currently developing regulations to implement the new EJ legislation. Uncertainties remain as to the timing of the regulations and NJDEP’s enforcement policies, including how the legislation will apply to expanded facilities and to renewals of operating permits under Title V of the Clean Air Act.

Washington also recently passed two pieces of legislation with significant EJ components. First, Washington’s Healthy Environment for All (HEAL) Act was signed into law in May 2021. The HEAL Act requires seven state agencies, including the Washington State Department of Health, to conduct EJ assessments when dealing with overburdened communities and vulnerable populations. The legislation also creates a new Environmental Justice Council and requires agencies to coordinate with respect to community engagement and tribal consultations, among other things.

The HEAL Act also requires the Washington State Department of Health to update and enhance its Environmental Health Disparities (EHD) Map, an interactive mapping tool that compares environmental health metrics for communities across the state to identify where public EJ investments can be prioritized. As in New Jersey, regulations to implement the HEAL Act are still being developed.

In July 2021, Washington also passed the Climate Commitment Act, which establishes a program to reduce carbon pollution and includes EJ requirements designed to be consistent with the HEAL Act, including:

Technologies used by regulatory agencies and community organizations to monitor localized air pollution continue to advance, and recent studies suggest that combining data from multiple types of air quality monitors can provide the highest-quality picture of air pollution within cities. Specifically, an article published in June 2021 explains that researchers are exploring the combined use of both ground-based instruments and satellite monitors such as the European Space Agency’s TROPOMI (Tropospheric Monitoring Instrument), a low-Earth-orbiting satellite that takes daily readings over North America. As the availability and precision of localized air quality data continues to improve, environmental agencies and nonprofit groups will be able to better identify critical communities in which to focus their EJ efforts.

Environmental justice considerations should be regarded with care, especially in light of the noted stepped-up monitoring and enforcement measures. The regulated community should track federal and state designation of EJ areas and evaluate potential impacts accordingly, even in circumstances where emissions may currently be within permit limits. Environmental justice claims have often become a precursor to (or have been combined with) toxic tort suits. They may also be central to gaining use approval for redevelopment of contaminated sites (or “brownfield” projects). Environmental justice concerns may be fueled, in part, by information on permitted releases and chemical storage reported under federal and state right-to-know laws.

Several states, including California, New Jersey, and Washington, are also proceeding to undertake EJ initiatives independent of federal enforcement. State EJ initiatives may impose stricter requirements than those implemented at the federal level.

We will continue to update this Alert to reflect further developments, including key cases that signal direction of the noted enforcement initiatives. 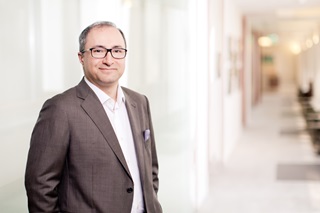