The Hong Kong Competition Commission (Commission) recently filed its third application with the Competition Tribunal (Tribunal).[1] The Commission alleges that three companies[2] and two individuals engaged in cartel conduct in contravention of the First Conduct Rule in the Competition Ordinance (CO)—which prohibits undertakings from entering into agreements or engaging in concerted practices that prevent, restrict, or distort competition—by allocating customers and coordinating pricing for renovation work at a housing estate in Kowloon, Hong Kong. The Commission previously brought similar claims against other entities in the construction and renovation industry.[3]

The Commission alleges that three construction and renovation firms, as well as two individuals, contravened (or were involved in a contravention of) the First Conduct Rule in the CO by:

In its application to the Tribunal, the Commission alleged that these actions constitute ‘object’ restrictions amounting to serious anti-competitive conduct. In other words, customer allocation/market sharing and price fixing agreements that by their very nature restrict competition and violate the law. The Commission is also seeking relief against the sole shareholder and director of one contractor (thereby piercing the corporate veil for the purpose of an enforcement action) and against the individual responsible for a second contractor’s day-to-day activities. This client alert focuses specifically on the relief sought against these individuals.

Individuals are subject to prosecution and penalties under the CO

Individuals can contravene the CO by, for example, attempting, aiding, abetting, counselling, procuring, inducing, or conspiring with any other person to contravene any competition rule, directly or indirectly (s. 91 CO). The Commission may investigate such behavior and apply to the Tribunal to impose a pecuniary penalty against the individual (s. 92 CO). If the Tribunal is satisfied that a natural person has been involved in a contravention of a competition rule, it may impose a pecuniary penalty. Pecuniary penalties against individuals can reach substantial amounts (and are not eligible for indemnification)—in fact, there is no specified limit in the CO. The Tribunal can also order director disqualification upon application from the Commission. And upon application from the Commission or of its own motion, the Tribunal can issue any other orders that may be appropriate—including prohibiting the individual from making or giving effect to an agreement or exercising any right to vote, among other things (s.1, Schedule 3, CO).

In this case, the Commission applied for (i) a declaration that the two individuals were involved in the contravention, (ii) pecuniary penalties, (iii) a director disqualification (against one of them), and (iv) a restriction/prohibition against entering any anti-competitive agreement with respect to any renovation projects under the Housing Authority’s Decoration Contractor System.

To date, there has been some debate on the nature of the Hong Kong competition regime and whether it is civil or criminal. The CO is silent on this issue.

In a recent judgment in the Nutanix case—Hong Kong’s first competition case, where only undertakings and no individuals are being pursued—Godfrey Lam J, president of the Tribunal, noted that, “There are special features of enforcement actions for pecuniary penalty […], as distinct from ordinary civil actions between private parties. Even if these proceedings involve the determination of a criminal charge within the meaning of Article 11 of the Hong Kong Bill of Rights (Cap 383), however, it does not necessarily mean that criminal jurisprudence and procedures apply or apply in the same way in all respects to these proceedings”.[4]

Article 11 of the Hong Kong Bill of Rights (Cap 393) deals with the rights of persons charged with or convicted of criminal offences. This entails the presumption of innocence and seeks to ensure minimum guarantees in the determination of any criminal charge, including being informed about the nature of the cause of the charge, being tried without delay, having the benefit of legal assistance, and establishing a right against self-incrimination.

The tension between the determination of a criminal charge under Article 11 of the Hong Kong Bill of Rights and the imposition of a pecuniary penalty on a natural under the CO raises a number of issues:

An increasing number of competition regimes levy criminal sanctions against individuals for cartel behavior in contravention of their competition laws, including Australia, Brazil, Canada, France (if there is fraud), Germany (but only for bid-rigging), Japan, Korea, Russia, and the United Kingdom.

In the United States, individuals who participate in cartels can face up to 10 years in prison as well as a US$1 million fine, and the US Department of Justice almost always prosecutes individuals when it determines that cartel behavior exists. In 2017 alone, 30 individuals were sentenced to prison. The average prison sentence between 2010 and 2017 was 20 months.

Other jurisdictions such as Belgium, China, the European Union, and India do not provide for criminal sanctions against individuals who contravene relevant competition laws. Their authorities can only impose administrative sanctions (fines) on businesses.

Still, even when competition regimes do not formally consider competition law proceedings as criminal, their criminal nature has been recognized in some instances. In the UK, for example, the Competition Appeal Tribunal has held that “these [competition] proceedings are ‘criminal’, for the purposes of Article 6 of the European Convention of Human Rights [which protects the right to a fair trial]”.[7] The European Court of Human Rights—in relation to a fine imposed by the Italian competition authority—also held that pecuniary sanctions are criminal in nature and that Article 6 applied in particular to competition authorities.[8]

It remains to be seen which position the Tribunal will take in this case, and in particular how severe it will be in regard to the two individuals.

[6] For further developments, please see our alert on the topic available here. 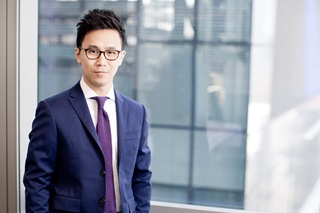