After extensive negotiations, Congress passed the Inflation Reduction Act of 2022 (the “Act”) on August 12, 2022, and President Biden signed the Act into law today. This alert focuses on the manner in which certain provisions of the Act impact the private equity and energy industries, including a 15% alternative minimum tax, a 1% excise tax on stock buy backs, tax credit incentives, emissions fees and increased excise tax and royalties on certain oil and gas producers.

The Act imposes a 15% corporate alternative minimum tax (the “corporate AMT”) on corporations that average in excess of $1 billion of annual income over a three-year period. Corporations that are accustomed to reducing their cash tax liability as a result of book-tax differences may face increased tax liabilities under the imposition of the new corporate AMT. The corporate AMT is based on a corporation’s applicable financial statement income, which is adjusted to address income from corporations filing consolidated returns, controlled foreign corporations, partnerships and disregarded entities and certain taxes paid. Book-tax differences can arise in a number of situations where accounting rules differ from the income tax law—for example, a corporation may be able to reduce its taxable income as a result of deductions for equity-based compensation, but such issuances would generally not reduce book income.

Unlike the first draft of the Act, the calculation of applicable financial statement income under the corporate AMT allows for accelerated depreciation. This modification from the original proposal benefits manufacturers and other companies that make significant investments in property, plant and equipment, making it less likely that the corporate AMT will apply to them.

The corporate AMT is effective for tax years beginning after December 31, 2022. Taxpayers should be aware that book-tax differences that straddle the effective date might be treated as permanent differences. Under the Act, operating losses from years prior to 2020 cannot be carried forward and used to offset a corporation’s applicable financial statement income amount in determining whether it meets the $1 billion threshold.

In a win for private equity firms, the provision that would have aggregated the income of private equity funds and their portfolio companies in applying the $1 billion threshold was stripped from the Act. Under the final language of the Act, the corporate AMT is not applied at the portfolio company level unless the portfolio company itself surpasses the $1 billion threshold. Because private equity firms play a large role in supporting the oil and gas industry, the removal of the aggregation from the Act is also a win for the energy sector. Additionally, real estate investment trusts (“REITs”), regulated investment companies and subchapter S corporations are specifically excluded from the corporate AMT. The Act largely allows corporate taxpayers to utilize renewable energy credits and tax depreciation to offset the corporate AMT.

The Act introduces a 1% excise tax on the fair market value of stock repurchased by a publicly traded corporation or acquired by certain of its subsidiaries. The taxable amount is reduced by the fair market value of certain issuances of stock throughout the year, including stock issued to employees pursuant to the exercise of an option or otherwise. The provision is effective for stock repurchased after December 31, 2022, and provides for several exceptions to the excise tax, including: (1) repurchases by REITs or regulated investment companies, (2) repurchases followed by a contribution of the repurchased stock to an employer-sponsored retirement plan, (3) stock repurchases the total value of which does not exceed $1 million during the taxable year, (4) a repurchase to the extent it is part of a tax-free reorganization in which no gain or loss is recognized by the shareholder on the repurchase, (5) repurchases by a dealer in securities and (6) a repurchase that is treated as a dividend for U.S. federal income tax purposes.

The excise tax provisions of the Act leave many questions unresolved, including whether the de minimis threshold is applied on a net or gross basis, how the fair market value of shares should be measured (i.e., based on the trading price on the date of repurchase or issuance, or some quarterly or annual average, etc.), how the rules may apply to preferred and other classes of stock, whether the rules apply to cash issued in lieu of fractional shares as part of an otherwise tax-free reorganization, and whether the rules were intended to apply to the distribution of subsidiary stock in a split-off transaction. The fair market value determination is particularly important to taxpayers that have anti-dilutive buyback programs in place and taxpayers undergoing deSPAC transactions with a corresponding issuance to PIPE investors. Movement in the trading price could result in the excise tax being triggered even where issuances exceed the amount of shares repurchased or not applying where more shares are repurchased than issued. Regulatory guidance will be critical to interpretation and implementation of the Act’s excise tax provisions and taxpayers may be operating without clear rules until such regulations are issued.

The Act expands eligibility for carbon capture and sequestration tax credits under Code Section 45Q by significantly lowering the amount of carbon that a project must capture annually and by extending the eligibility timeline for facilities from 2026 to 2033. The Act also materially increases the dollar amount of the tax credits, and provides a bonus credit amount for projects that satisfy certain wage and apprenticeship requirements or begin construction prior to a date that is 60 days after the Secretary of the Treasury publishes guidance on such requirements.

Additionally, for equipment placed in service after December 31, 2022, the Act provides tax-exempt entities with the option of receiving the value of the Code Section 45Q tax credits as a direct payment from the government for the first five years of a project, which is a much more limited direct payment than many were hoping for from the Act.

The Act provides exceptions to the fee for companies that are already in compliance with future EPA methane rules or if the excess emissions are caused by unreasonable permitting delays. The Act also allows for the netting of emissions of facilities under common ownership or control by reducing the total obligation to account for facility emissions that are below the applicable thresholds within applicable segments of the commonly controlled facilities. Certain taxpayers might be able to leverage such a set-off among commonly controlled entities.

Additionally, the Act imposes a royalty on all methane gas extracted from federal land, including methane gas used or consumed for the benefit of a lease. The Act eliminates the royalty waiver for natural gas produced on the Outer Continental Shelf or from federal land, and requires royalties to be paid on all gas vented, flared or lost through leakage during upstream operations. The Act does not specify the size of the new royalty. The only exception provided in the Act is for gas vented or flared for no more than 48 hours in an acute emergency situation that poses a danger to human health.

The Act raises the minimum royalty on offshore oil and gas from 12.5% to 16.66% (with a maximum royalty of 18.75%). The Act also permanently reinstates the Hazardous Substance Superfund excise taxes on domestic crude oil and imported petroleum products at a rate of 16.4 cents per barrel in 2023, with adjustments for inflation annually thereafter. Generally, the tax is paid by refineries that receive crude oil or by the entity using or importing a petroleum product.

The first draft of the Act changed the required holding period to obtain preferred long-term capital gain rates with respect to assets held by certain partnerships from three years to five years. This change could have significantly impacted private equity firms and their funds, as we previously discussed here. The version of the Act passed by Congress no longer includes such language. 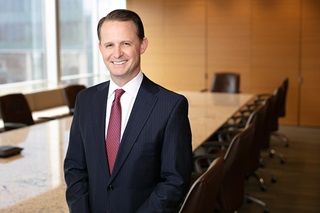 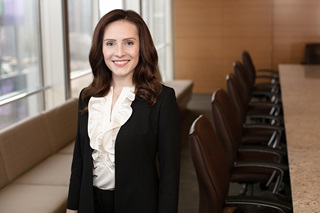