It has long been understood, or perhaps, assumed, that syndicated loans are not securities, and therefore, not subject to state or federal securities laws. Recently, however, the plaintiffs in Kirschner v. J.P. Morgan Chase Bank, N.A.,1 challenged this notion by bringing state securities laws claims in New York state court (the case was later removed to federal court) against arrangers and underwriters in connection with a syndicated bank loan deal. Had the plaintiffs’ position been adopted, the decision could have had far-reaching consequences for the availability and cost of syndicated loans. On May 22, 2020, based on the facts of the case, Judge Gardephe of the U.S. District Court for the Southern District of New York (the “Court”) ruled that the syndicated loans at issue were not securities.

In 2014, Millennium Laboratories LLC (“Millennium”) entered into a US$1.775 billion syndicated term loan (evidenced by notes), which was arranged and underwritten by the defendant banks and broker-dealers (the “Defendants”). Eighteen months later, following an adverse jury verdict and a multimillion-dollar settlement with the U.S. Department of Justice, Millennium defaulted on the loan and filed for bankruptcy protection. Shortly thereafter, the trustee of a litigation trust formed in Millennium’s bankruptcy, on behalf of mutual funds, pension funds, and other institutional investors who were part of the syndicate of lenders who purchased the loans, sued the Defendants. Among other things, the trustee claimed that the Defendants had violated state securities laws by including material misrepresentations and omissions in the confidential information memorandum used to market the loans. The Defendants moved to dismiss the state securities laws claims, arguing that a syndicated loan is not a security by pointing to the “family resemblance” test established by the U.S. Supreme Court in Reves v. Ernst & Young2 and subsequently adopted by the Second Circuit in the context of loan participations in Banco Espanol de Credito v. Security Pacific National Bank.3

In Kirschner, the Court applied the “family resemblance” test articulated in Reves, which begins with a presumption that every note is a security. Reves recognizes, however, that there are certain categories of instruments commonly in the form of notes that are definitively not securities, and that the foregoing presumption may be rebutted if the instrument bears a “strong family resemblance” to one of the enumerated categories of non-security instruments, including “notes evidencing loans by commercial banks for current operations.” The Court applied the four factors of the family resemblance test to the syndicated loans at issue in Kirschner to determine if the loans are securities:

The Court ultimately found that since three of the four factors weighed in favor of finding the notes comparable to one of the categories of non-security instruments enumerated in Reves—loans issued by banks for commercial purposes—the defendants overcame the presumption that every note is a security and dismissed the securities laws claims.

A contrary decision in Kirschner would have had enormous implications on the nearly US$1.2 trillion syndicated term loan market. As the Loan Syndications and Trading Association noted in an amicus brief filed in support of the Defendants’ motion to dismiss in the Kirschner case, if syndicated loans were treated as securities and the process of syndicating a loan needed to comply with securities laws, obtaining financing would become more costly, time-consuming, burdensome, and perhaps even impossible, for many borrowers. In addition, an alternative outcome could have upended the participation of CLOs, which currently hold nearly 60% of syndicated loans. CLOs depend heavily on bank investment, but banks are prohibited under the “Volcker Rule” from investing in CLOs that hold securities. Had banks been required to pull out from such investments, nearly $90 billion of funding available to CLOs would have been in jeopardy.

While the Court in Kirschner upheld the long-held expectation that loans are not securities and preserved the existing framework of the syndicated loan market, we note that this decision was fact specific. Participants in the syndicated loan market should continue to maintain common practices with respect to the issuance and distribution of syndicated loans, such as those described in the second and third Reves factors above, to reduce the risk of a court treating loans as securities. 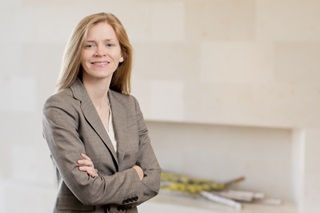 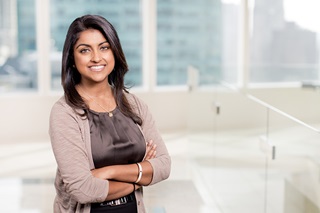