In a significant decision limiting liability in federal false-statements prosecutions, the U.S. Court of Appeals for the Third Circuit ruled that, where a relevant reporting requirement is ambiguous, the government must prove beyond a reasonable doubt that the purportedly false statement was false under all objectively reasonable interpretations of that reporting requirement.  In regulatory contexts where reporting requirements are often notoriously ambiguous, this decision opens up multiple avenues for defense counsel to attack the prosecution.  Prosecutors cannot just argue that the defendant subjectively intended to lie; they must prove that the statement in question was objectively false under all of its reasonable interpretations.  The case thus provides a roadmap for multiple theories that defense counsel should address in defending clients facing allegations of making false statements based on ambiguous administrative reporting requirements.

In United States v. Harra, No. 19-1136 (3d Cir. Jan. 12, 2021), the court reversed false-statement convictions of four former executives of Wilmington Trust—a bank that faced significant rates of loan defaults in the wake of the 2008 financial crisis.  The prosecution grew out of statements that Wilmington Trust made about construction loans referred to as “term loans.”  These term loans required the borrower to make monthly interest payments and repay the principal sum at the date of maturity as set forth in the loan contracts.  The term loans contained a provision that permitted Wilmington Trust on its own to renew or extend the loan upon expiration.  Wilmington Trust commonly extended the term loans, which were typically for two or three years.

The problem arose in how to classify loans that were technically past due, but where the due date was not enforced.  Internally, Wilmington Trust employed a “waiver practice” in which loans that had interest payments current and were in the process of renewal were not considered “past due.”  Because of that internal classification, Wilmington Trust did not report waived loans as “past due” to its federal regulators: the SEC, the Federal Reserve, or the Office of Thrift Supervision (OTS) in the Treasury.  By the end of 2009, as the financial crisis deepened, Wilmington Trust had racked up $303 million in mature loans without full principal repayment.  Yet, based on its historical waiver practice, Wilmington Trust was reporting to the SEC, the Federal Reserve, and the OTS only $8.5 million in “past due” loans.  Ultimately, in July 2010, Wilmington Trust changed its waiver practice and reported to the three agencies all of its mature loans without full principal repayment as “past due.”

The Government Charges False Statements Based On Ambiguous Reporting Requirements, And The Defendants Push Back

In mid-2016, the government charged four former executives with, among other things, making false statements to the SEC and the Federal Reserve in violation of 18 U.S.C. § 1001.  Importantly, that statute requires the government to prove that the defendant made a false statement and that he did so knowingly and willfully.  The defendants here attacked the threshold requirement of falsity:  they asserted that their reports to the SEC and Federal Reserve were not false because those agencies’ reporting instructions were ambiguous.  While the government claimed that the statements were false under one interpretation of “past due”—the one, the government said, the defendants in fact held at the time they made the statements—the defendants argued that, under a different objectively reasonable interpretation of the regulations, they were not required to report the waived term loans as “past due.”  The trial court did not allow the defendants to incorporate their defense into a jury instruction, refusing to charge the jury that “to prove that any statement was false, the government must prove beyond a reasonable doubt that the statement was not true under any reasonable interpretation of the reporting standards.”  Instead, the trial court’s falsity instructions reflected the Federal Reserve’s and SEC’s regulations on the meaning of “past due.”  The jury found defendants guilty on all counts.

The Third Circuit Reverses, Holding That The Government Did Not Meet Its Burden

On appeal, the court of appeals overturned the defendants’ convictions.

First, the court rejected the government’s argument that it can prove falsity merely by proving the defendants intended to lie because they shared the same interpretation of the regulations as the government.  The court explained that the government’s argument conflated the knowledge element of 18 U.S.C. § 1001 with the falsity element of 18 U.S.C. § 1001.  The court held that a defendant’s subjective intent to lie cannot prove the objective falsity of the statement in question.  Because the Constitution requires a prosecutor to prove each element of a crime beyond a reasonable doubt, the court held that the government must show that a defendant subjectively intended to lie and that the statement in question was objectively false.

Second, the court held that when the falsity of a statement turns on an ambiguous reporting requirement issued by an agency, the government must prove that the statement at issue is objectively false under every objectively reasonable interpretation of the relevant reporting requirement.  The court rested its holding on an accused’s due process right to receive fair notice of criminal conduct, adding that the concept of fair warning similarly applies in the civil context.

Third, the court rejected the government’s argument that a court should decide the reasonableness of a particular interpretation of a regulation as a question of law.  Instead, the court held that the jury must decide the reasonableness of a particular interpretation as a factual issue.  On this point, the court provided a multi-step process for addressing falsity:  the judge must first determine whether a reporting requirement is ambiguous; if so, the judge must decide whether to permit evidence of alternative objectively reasonable interpretations.  The court explained that the jury may hear evidence about the plain text of the reporting requirement and expert testimony regarding terms of art used in the reporting requirement.  Then, the judge must provide proper jury instructions explaining that the government bears the burden of proof to show falsity.  Last, the jury decides whether a reasonable person in the defendant’s position could interpret a reporting requirement in a way that would render the defendant’s statement true.

The court concluded that the reporting regulations promulgated by the SEC and Federal Reserve on what constitutes a “past due” loan were ambiguous.  The court then held that the former bank employees’ proffered interpretation of the reporting requirements was objectively reasonable and would not require them to report their mature loans without full principal repayment as “past due.”  Because the government failed to prove beyond a reasonable doubt that defendants’ statements were false under each objectively reasonable interpretation of the relevant reporting requirements, the court reversed their convictions under 18 U.S.C. § 1001 for making false statements.

Strategic Implications:  A Roadmap On How To Attack The Government’s Reliance On Ambiguous Regulations In False-Statements Cases

The federal regulatory system is filled with vague, ambiguous, or self-contradictory reporting requirements.  And agencies’ rules often bristle with technical terms of art.  Despite all this, the government may bring prosecutions when it is convinced that the defendant set out to deceive because he subjectively shared the agency’s own interpretation.  The court of appeals’ decision provides a roadmap for how defense counsel may exploit those gaps and ambiguities.  While the decision does not break new ground—it aligns the Third Circuit with the First, Fifth, Eighth, Tenth, and Eleventh Circuits—it makes clear that counsel should explore arguments that the regulation must be objectively false under all reasonable interpretations; the defendant’s subjective intent to lie does not excuse the Government from proving beyond a reasonable doubt that the statement in question was objectively false.

This requirement affords an enormous potential for challenges at various points in a government investigation and prosecution.

Many of these same defense theories can be employed in civil cases where the government believes that the regulated party made false claims or statements.

The factual and legal defenses in this opinion add to the defense toolkit when facing allegations of false reporting under regulatory schemes.  The defense can:  (a) challenge the materiality or importance of the alleged false statement; (b) argue that the applicable regulation is unconstitutionally vague; or (c) assert that no regulated party could have the intent to deceive when a regulation is ambiguous.  But the decision here underscores that counsel should also explore a basic, threshold issue:  whether the statement was false in the first place.  If the statement would be true under even one reasonable interpretation of an ambiguous regulation, the prosecution will fail.  That is a powerful defense. 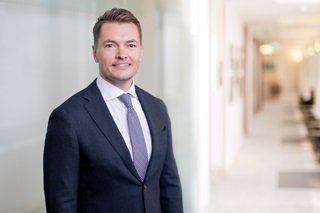 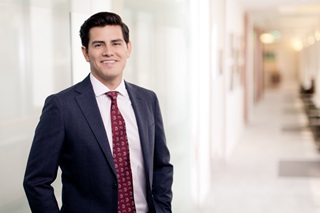