As mentioned in a recent client alert, O’Melveny has prepared comments on the second draft of the Foreign Investment Law of the People’s Republic of China (the “Draft FDI Law”). As we have received a number of requests for a copy of our comments, we provide them below. Should you have any questions or like to discuss, please contact Walker Wallace or any of the other contacts listed below.

We expect foreign investors will welcome many of the innovations of the Draft FDI Law, including establishment of foreign-invested enterprises under the structure and governance provisions of the Company Law of the People’s Republic of China (the “Company Law”) instead of under separate laws, as well as the Draft FDI Law’s enumeration of certain rights, protections, and access to be enjoyed by foreign-invested entities, including equal opportunity to participate in the formulation of standards (Article 15), equal treatment in government procurement for their products which are produced within China (Article 16), access according to law to China’s capital markets (Article 17), IP protection (Article 22), and others. Undoubtedly, there will be great interest among foreign investors in seeing how such provisions will be given full effect as China continues to work to promote foreign investment and “create a stable, transparent, and foreseeable investment environment” (Article 3).

In many ways this version of the law represents a much less ambitious document than the last draft. Among other things, the current Draft FDI Law does not include some of the more onerous provisions related to reporting. Nor does it contain the ambitious classification scheme that was proposed in the prior draft, which would have attempted to designate offshore and onshore companies as de facto Chinese or foreign-invested companies (even where there might be no foreign equity investment) based on indicia like relative control.

In terms of substance, we submitted three comments regarding the Draft FDI Law for consideration by the NPC.

1. Allow Foreign-Invested Enterprises to Keep Their Existing Corporate Form Until the End of their Term

Implication: Shareholders of existing foreign-invested enterprises (FIEs), including wholly foreign-owned enterprises (WFOEs), equity joint ventures (EJVs) and cooperative joint ventures (CJVs), will have to reorganize their corporate form. Some shareholders may use this opportunity to unfairly renegotiate and demand different terms than those previously negotiated. For companies that are not able to complete such reorganization within the deadline, it is not clear what the results would be.

Problem: Shareholders relied on existing laws to carefully negotiate deals within the framework of those laws. Changing the framework upsets agreed terms and increases instability. This is especially relevant for CJVs, whose parties relied heavily on the special features of CJVs as part of the commercial arrangements when agreeing to make the investment, including features such as contributions of “cooperative conditions” instead of registered capital, custom dividend splits, and early return of capital, etc. Such special features are not found in the Company Law. Many such CJVs are capital intensive and involve large-scale projects whose time scales for return on the already agreed commercial terms is much longer than five years, and it would be unfair and destabilizing for them to have their already agreed investment terms subject to renegotiation or no longer available.

Suggested Solution: Grandfather existing FIEs and allow them to keep their existing corporate form until the expiration of their term. Changes before that should be made on a voluntary basis only. To the extent that current laws are well understood and have been successfully in place for several decades—alongside with companies organized pursuant to the Company Law—this approach to phasing out legacy companies should not result in additional burden on government agencies, courts or commercial parties, but will substantially improve certainty in business dealings and avoid unnecessary disputes. To the extent that FIEs are able to reorganize themselves without disputes, we would anticipate that they would do so in any case because of the benefits of the Company Law.

Background: Domestic companies are allowed to set up multiple subsidiaries or group companies within China, and regularly do so in order to separate lines of business into different operating entities or for legitimate tax and regulatory reasons.

Problem: Foreign investors would also like to structure their businesses in China the same way; however, they are frequently blocked from doing so by the Interim Provisions on the Domestic Investment of Foreign-Invested Enterprises (amended in 2015) and the Provisions of the Ministry of Commerce on the Establishment of Investment Companies by Foreign Investors (amended in 2015). The former allows an FIE to establish or acquire a domestic subsidiary, but only if the FIE has started to make a profit. The latter allows a foreign investor to establish an FIE to invest in domestic subsidiaries, but only if it meets certain asset thresholds and has a track record of establishing qualifying FIEs in China. These rules are inconsistent with China’s modern conditions and inconsistent with the principle of national treatment described under the Draft FDI Law that aspires to treat foreign companies on equal footing with domestic companies.

Suggested Solution: Add provisions into the Draft FDI Law permitting FIEs to establish subsidiaries on the same basis as domestic companies (subject to the Negative List) and to repeal the Interim Provisions on the Domestic Investment of Foreign-Invested Enterprises (amended in 2015) and the Provisions of the Ministry of Commerce on the Establishment of Investment Companies by Foreign Investors (amended in 2015).

3. Create Pathways for FIEs to Agree on Different Profit Distributions Between Investors

Background: Investors sometimes wish to make commercial arrangements whereby one investor is able to receive distributions ahead of another investor, or in a different proportion. The Company Law does not permit this; however, domestic investors are able to achieve this result by using partnership enterprises or trust structures to hold their equity interests in a limited liability company.

Problem: Foreign investors should have access to the typical structuring options (addressing commonly negotiated issues around allocation of risk and returns) that are used by Chinese investors into Chinese companies (and are used internationally by investors in general). This will result in benefit to Chinese companies as well, giving them additional tools to secure foreign (and domestic) investment. Unfortunately, current law does not permit foreign investors these same. First, foreign investors are often not be able to establish a foreign invested partnership to hold their equity interests in the target limited liability company due to local AICs applying the limitations of the Interim Provisions on the Domestic Investment of Foreign-Invested Enterprises (amended in 2015) to foreign invested partnerships by way of analogizing how these rules are applied to WFOEs, EJVs, and CJVs. Second, foreign exchange rules and practice do not readily accommodate foreign investors participating in Chinese trusts or partnerships used to structure investment into an underlying company.

(1) Amend the Interim Provisions on the Domestic Investment of Foreign-Invested Enterprises (amended in 2015) to allow foreign investors to use intermediary partnerships or trust to participate in financing domestic Chinese companies.

(2) Revise the Company Law and other relevant laws to allow limited liability companies to have different classes of shares with different rights attached to them.

O’Melveny & Myers LLP is a foreign law firm registered with the Ministry of Justice of the People’s Republic of China. Under current Chinese regulations, we are allowed to provide information concerning the effects of the Chinese legal environment, but we are not authorized to practice Chinese law or to render legal opinions in respect of Chinese law. We work in cooperation with a number of Chinese law firms. Should you require a legal opinion in respect of any Chinese law matter, we would be happy to assist you in obtaining one from a Chinese firm. 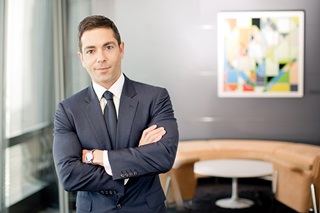 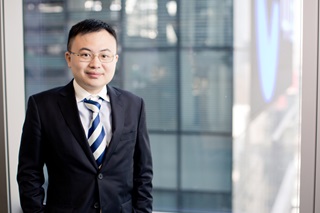