Earlier today, the European Commission (EC) published its latest proposal for detecting potentially harmful acquisitions by foreign investors into the European Union and for ensuring that they do not disrupt the level playing field within the internal market. Unlike the EC’s recent guidance paper on foreign direct investment (FDI) screening1, today’s White Paper is less about protecting security or public order from foreign influence than it is about preventing disruptions to effective competition. This time, the focus lies on foreign subsidies as they might sponsor acquisitions of EU companies and support foreign actors in their efforts to aggressively grow market share by undercutting their European rivals.

The Commission’s initiative is aimed at closing a regulatory gap that was identified already in its 12 March 2019 report on EU-China – A strategic outlook. At the time, the EC noted that current “EU policy tools do not fully address the effects […] of subsidies granted by foreign governments [because] EU state aid rules only cover aid granted by Member States [and because] EU merger control does not allow the Commission to intervene against the acquisition of a European company solely on the grounds that the buyer benefitted from foreign subsidies [and because] trade defence instruments […] do not cover all potential effects of unfair subsidies or support by third countries.” Despite the fact that the White Paper is not specifically targeting China-sponsored investors (the paper does not actually mention China at all), there is little doubt that China remains the key concern (even though latest figures from the EU’s statistical office, Eurostat, show that China accounts for only about 3% of inward FDI in the EU).

Under Module 1, the EC or a Member State authority (pursuant to a ‘shared system of review’) would be tasked with monitoring foreign subsidies under an ex post review procedure aimed at detecting all kinds of distortions that foreign subsidies might cause in the internal market. If deemed appropriate—including after conducting a seemingly broad ‘EU interest test’—the competent authority could adopt ‘redressive measures’ such as ordering the divestment of assets, compulsory licenses at FRAND terms, or the imposition of penalty payments.

Module 2 would be more specific in targeting foreign-sponsored acquisitions of EU companies. Under this ex ante tool, foreign investors intending to acquire control over or a minority shareholding (of a yet to be determined size) in an EU company (with revenues of a yet to be defined magnitude) would need to first notify their transactions to the EC for approval and would be barred from closing those transactions until approval is obtained. This regime would apply to all foreign buyers who benefitted from foreign state subsidies (of a yet to be defined amount) over the past three years. Beyond the Commission’s power to veto such transactions, the White Paper foresees a number of remedies that the EC might impose to rebalance any negative effects a transaction might bring about (such as divestment orders, penalty payments, or instructions to lower production capacity or market share). A failure to notify would risk ‘significant fines and the obligation to unwind the transaction.’

Module 3 would be an ex ante tool to deal with foreign-subsidised bids in public procurement where sponsored bidders might have an unfair advantage over their EU competitors. Here again, the intervention thresholds still need to be determined. Where those thresholds are met, however, the contracting authority would have the power to exclude a tenderer from a given bidding process and potentially future tenders as well.

The proposed instrument to screen ‘foreign subsidies in the context of EU funding’ is similar to the Module 3 tool but focusses on EU public grants.

For now, the Commission is using the White Paper to share its internal thinking with stakeholders and to solicit input during a consultation process that will be open until 23 September 2020. There is no definite timeline on when the new regulatory tool will come into effect, yet there is little doubt that the EC will move forward with its plans. After all, they form part of a comprehensive ‘New Industrial Strategy for Europe’ to strengthen the EU’s competitiveness and bolster its defences against its foreign economic rivals. As past calls from Germany and France for the relaxation of competition rules and the creation of European Champions (super companies well-equipped to take on the rest of the world) remained unanswered and difficult to accommodate when a revision of the EU Merger Regulation would require unanimity across the bloc, focussing on FDI screening (in the narrower and wider sense) offers an arguably more palatable alternative.

That said, the EC will need to tread carefully to avoid over-regulation. If all initiatives are implemented, foreign investors looking at the EU might be faced with three concurrent regulatory approval processes (i.e., antitrust merger control, FDI and foreign subsidies screening), of which each one would have the potential of bringing a transaction to its knees. This complexity is bound to undermine transactional timelines and deal certainty. It may also discourage foreign investments at a time when companies across the EU are struggling to access funding in order to cope with the economic fallout from the COVID-19 pandemic.

O’Melveny’s Brussels-based team of antitrust experts is well-versed in handling consultation processes before the European Commission and in supporting clients in this regard. Should your company consider contributing to this important public consultation, we would be happy to assist you.

1 Guidance to the Member States on how to protect ‘Europe’s strategic assets’ through the vigilant use of foreign direct investment (FDI) screening measures (FDI Guidance Paper) in light of Regulation (EU) 2019/452 (FDI Screening Regulation). 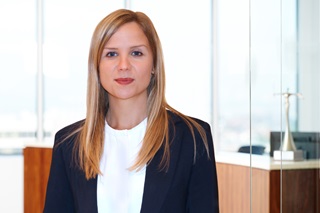