In a closely watched test of the US government’s extraterritorial reach, a federal jury in New York last week convicted Chi Ping Patrick Ho (何志平) on multiple Foreign Corrupt Practices Act (FCPA) and money-laundering charges. The case marks a significant exercise of US criminal jurisdiction over a foreign individual involved in a foreign scheme: Ho, a Hong Kong businessman, was found guilty of bribing African officials to benefit a Chinese company. In recent years, US prosecutors have intensified their focus on overseas activity, wielding FCPA and anti-corruption laws as a major part of their enforcement efforts.

The criminal charges alleged that Ho was the secretary-general of a non-governmental organization (NGO) based in both Hong Kong and Virginia, which received funding from a Shanghai-based energy company. The NGO had “special consultative status” with the United Nations Economic and Social Council.

The charges described two schemes. First, Ho allegedly offered a $2 million bribe to the President of Chad to obtain oil rights for the energy company, enlisting as his go-between a former foreign minister of Senegal, who was a US permanent resident. Second, Ho allegedly had $500,000 wired from Hong Kong through a New York correspondent bank to a Ugandan account designated by Uganda’s Foreign Minister in the name of an ostensible charitable foundation to obtain contracts and ventures in Uganda for the energy company.

Ho was arrested in November 2017 when he arrived from Hong Kong at John F. Kennedy International Airport. The court detained Ho pending trial and rejected Ho’s numerous requests for bail.

The government claimed jurisdiction over Ho because he was an “officer, director, or agent” of the Virginia-linked NGO and the acts in the scheme allegedly took place in New York, including meetings at and around the UN and wire transfers that passed through correspondent banks there.

Ho was charged with FCPA violations in part because the NGO was allegedly a “domestic concern” and in part because of territorial jurisdiction. A “domestic concern” is a corporation or other organization with its principal place of business in the US or organized in a state. Here, the government alleged that the NGO was a “domestic concern” and that Ho, as secretary-general of the NGO, was its “officer, director, or agent.” Because Ho allegedly engaged in specified corrupt acts “while in the territory of the United States,” the government also claimed jurisdiction over Ho under the FCPA’s territorial jurisdiction provision.

In support of its case, the government alleged that Ho carried out the schemes in his capacity as an officer of the NGO, which not only had offices in the US, but was also registered as a charitable organization with the Internal Revenue Service, maintained US bank accounts, and cultivated multiple connections to the UN. Ho allegedly used the US financial system in furtherance of his criminal schemes, including by using US dollars to pay and offer bribes, as well as US-serviced email accounts. Ho also had a US visa and traveled to the US to attend meetings as part of the schemes.

Given these direct allegations, there was no need to consider the limits on the government’s attempt to advance a theory of vicarious liability, which the Second Circuit recently curbed in its Hoskins decision (see client alert, “Second Circuit Decision Limits FCPA Jurisdiction as to Foreign Nationals Outside the United States”). Hoskins held that a foreign national who is not an employee or agent of a US company and who is acting outside the US cannot face liability for conspiring to violate or aiding and abetting a violation of the FCPA. If Ho’s NGO had not had a US connection and had there been no or only isolated acts in the US, jurisdiction under the FCPA would have been a much closer issue, although he still may have faced exposure for money laundering and other offenses.

After a six-day trial, the jury convicted Ho of all charges except for one count of money laundering (relating to the Chad scheme). Sentencing is set for March.

Implications of the Verdict

Ho’s indictment came before the US Department of Justice announced its “China Initiative” in November this year and filed charges against Chinese individuals involving alleged economic espionage. While the China Initiative focuses mainly on trade secret theft and counterintelligence from China, it also aims to “[i]dentify [FCPA] cases involving Chinese companies that compete with American businesses.” Significantly, the Ho case follows the prosecution of Ng Lap Seng (吴立胜), who was also convicted after trial on FCPA and other charges related to his alleged role in a scheme to bribe United Nations ambassadors to support plans for a multibillion-dollar conference center in Macau. Ng was sentenced in May to 48 months imprisonment (see DOJ announcement).

Recent legal developments give overseas businesses even more reason to pay attention. A federal appeals court last summer upheld service of criminal process on the overseas Chinese state-owned enterprise Pangang Group, Ltd. Even though the company had no US presence, the court upheld the government’s service of process on the Pangang Group’s attorneys who were making a special appearance to quash service (see client alert, “Federal Appeals Court Refuses to Void Criminal Service of Process on Counsel for Foreign Corporation Making Limited Appearance”). Prosecutors can be expected to seek to exercise overseas jurisdiction more aggressively, without necessarily going through formal diplomatic channels.

US scrutiny has grown as China has promoted its Belt and Road Initiative to construct a land “belt” and maritime “road” through countries in Central and South Asia, Africa, the Middle East, and Europe, as well as projects in Latin America and the Caribbean. Many of these infrastructure projects involve countries, such as those in the Ho case, that present high risk for anti-corruption compliance. In light of the US National Security Advisor’s recent comments on the use of “bribes” and “investment ventures [that] are riddled with corruption” for certain projects in Africa, the Ho prosecution suggests that the DOJ’s China Initiative could take aim at these Belt and Road projects. 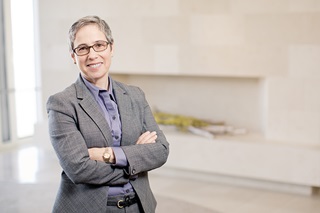