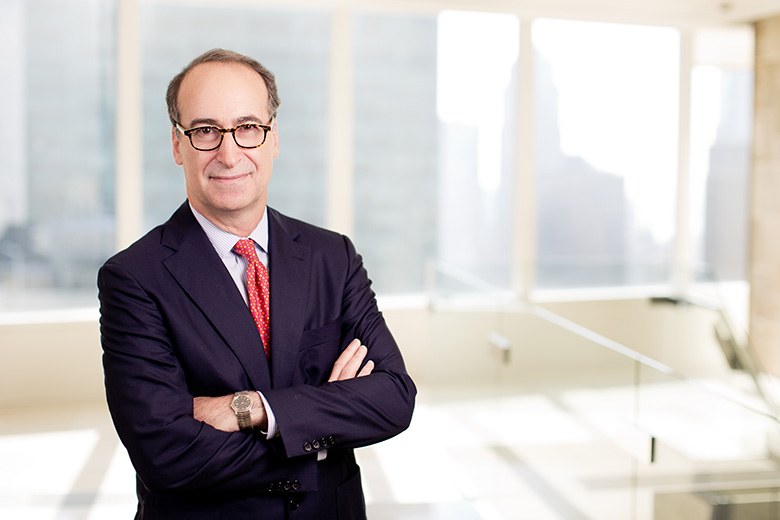 Andrew Frackman is one of the firm’s most experienced trial lawyers, having tried, as lead or co-lead counsel, more than 20 cases or arbitrations through the close of evidence or arbitral award in state and federal courts and before numerous arbitral panels. His trial experience has involved such diverse disputes as antitrust, contract/commercial, intellectual property, insurance coverage, and federal tax claims. In the past 18 months, he has led trial teams for two week-long ICC arbitration hearings and a week-long bench trial in Delaware Chancery Court.

Andrew’s extensive antitrust experience includes defending some of the largest cases involving the financial services industries. He has represented Capital One Financial, Robertson Stephens, Banc of America Securities, Merrill Lynch, and The Goldman Sachs Group. He also has extensive experience in the airline industry, having represented several different airlines, including United Airlines, US Airways, and American Airlines, in antitrust litigation. And he was co-lead partner on the O’Melveny team that won a jury verdict in US Airways v. Sabre in the Southern District of New York in 2016. He has handled the full range of litigation involving federal securities law claims under Sections 10(b), 11, and 12, derivative actions under Delaware law, breach of fiduciary and related claims involving public and closely held corporations, as well as SEC investigations.

Updates on Recent US Merger Control Developments - May 2020

Collusion in the Healthcare Industry: DOJ Charges Oncology Group for its Participation in a Criminal Antitrust Conspiracy

Competitor Collaborations and Communications in Time of Crisis: Practical Guidance

European Antitrust in the Time of COVID-19