Days after President Trump invoked the Defense Production Act (the “DPA”) to order General Motors to produce more ventilators amid the spread of COVID-19, Ford announced that it would team up with General Electric to build thousands of ventilators.1 Medtronic also announced that it would share design specifications for a basic ventilator model with any company that wants to help produce them.2 While collaborations like these may have drawn antitrust scrutiny in calmer times, the DPA provides a mechanism for industry actors to collaborate during a time of national emergency in ways
that may not otherwise be permitted under the antitrust laws.

Enacted under President Harry Truman in 1950 during the Korean War, the DPA grants the President broad authorities to direct private companies to assist with meeting the demands of a national emergency.3 Since the DPA anticipates that industry coordination and agreements may be beneficial in responding to a national emergency, the Act provides a limited exemption from criminal and civil liability under US antitrust laws. Specifically, the DPA immunizes conduct from federal and state antitrust liability if (1) the actions were taken to develop or carry out an agreement initiated by the President and (2) the person or company involved complied with the Act and any applicable regulations and did not exceed the scope of the approved agreement.4 However, the DPA is not a blank check; the Act calls on the US Attorney General and the Federal Trade Commission to, among other things, promulgate rules to establish standards and procedures by which agreements may be developed and executed, and to monitor these agreements.5

At the same time, the DPA grants the President authority to halt a US company’s merger, acquisition, or takeover by a foreign entity. The President can suspend or prohibit a foreign investment that would lead to the control of a US company upon finding that (1) “credible evidence” exists that the foreign investor might take action that threatens to impair national security and (2) no other laws provide adequate and appropriate authority for the President to protect national security.6 President Trump exercised this authority in 2018 when prohibiting Broadcom’s $117 billion takeover bid for US chipmaker Qualcomm.7 More recently, on March 6, 2020, the President blocked the acquisition of US travel software company StayNTouch, Inc.8

While President Trump’s invocation of the DPA is not without precedent, it remains to be seen to what extent the President intends to use the DPA’s broad authorities to respond to the COVID-19 pandemic and the ways in which the DOJ and FTC may establish procedures to effectuate any agreements and plans of action under the Act.

If you have any questions regarding the DPA or how the DPA may affect your company, please contact the authors of this alert.

1 Memorandum on Order Under the Defense Production Act Regarding General Motors Company, March 27, 2020; Ford and General Electric team up to produce ventilators as major manufacturers shift to medical equipment, March 30, 2020.

7 Presidential Order Regarding the Proposed Takeover of Qualcomm Incorporated by Broadcom Limited, March 12, 2018. 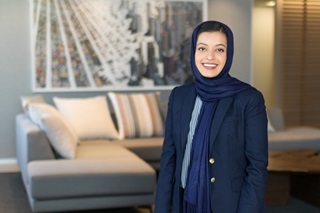