On June 25, 2020, both the House of Representatives and the Senate passed bills—H.R. 7036 and S. 3377, respectively—to reauthorize the recently-expired Antitrust Criminal Penalty Enhancement and Reform Act (“ACPERA”) and repeal its sunset provision, effectively making the Act permanent. ACPERA was enacted in 2004 to promote participation in the Department of Justice’s (“DOJ”) Leniency Program for self-reporting of antitrust violations by exempting cooperative applicants from criminal liability and limiting, if certain conditions were met, civil damages to actual damages attributable to the violation instead of joint and several liability and treble damages.1 The Act also increased the maximum criminal penalties for Sherman Act violations from three to five years imprisonment, and from $10,000,000 to $100,000,000 in fines for corporations and from $350,000 to $1,000,000 for individuals. The sunset provision originally provided that ACPERA would expire 5 years after enactment, and the Act was last renewed in 2010 for 10 years.2

The DOJ released a statement praising the reauthorization of the Act and repeal of the sunset provision, explaining that the Leniency Program “has been our most important prosecutorial tool for the last 26 years, particularly when it comes to international cartels” and that, “[w]hile treble damages liability can be an important deterrent for engaging in anti-competitive behavior, civil exposure also can deter self-reporting of criminal wrongdoing.”3 A 2011 report by the Government Accountability Office suggests that the Act may not have been as effective as its supporters believe, with 78 leniency applications submitted in the six years before ACPERA was enacted, and 81 applications during the following six years.4 The Report did note that in the six years after ACPERA, “there were nearly twice as many successful Type A applications—33 compared to 17.” Type A applications, which the DOJ views as highly valuable, contain information describing anticompetitive behavior that was previously unknown to the government.

Questions have been raised about ACPERA’s effectiveness. Critics point out that “[d]espite the substantial civil and criminal penalties provided by the ACPERA, antitrust violations still plague the market and there is frequent recidivism among offenders.”5 Two ambiguities in the statute could be hindering its efficacy. ACPERA: (1) states that cooperation must be “timely” and “satisfactory” but does not provide a clear enough definition of this standard; and (2) does reduce damages, but actual damages can still be sizable, and would-be cooperators are aware that the information they provide could increase their exposure.6

In addition, since ACPERA was first enacted, numerous foreign jurisdictions have implemented leniency programs. These additional programs have made it more complicated and costly to obtain leniency, as applicants now face the need to complete multiple applications in different jurisdictions.7 Despite these concerns, the reauthorization bills did not amend the Act to clarify the standard for cooperation, further reduce damages, or address the increasingly complicated multi-jurisdictional web of leniency programs.8

Currently, H.R. 7036, the House of Representatives bill reauthorizing the Act, has passed a House vote and been received and read in the Senate.9 The Senate equivalent, S. 3377, has passed a voice vote in the Senate and has been received in the House.10 Once the legislation passes through each chamber, it will go to the President for final approval. O’Melveny has deep experience advising companies regarding ACPERA and criminal and civil antitrust matters. Companies with questions should contact the undersigned attorneys. 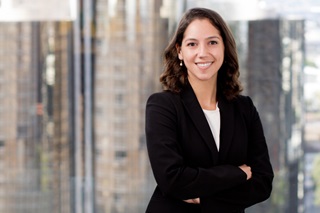